The NYPD began towing vehicles that got stuck in the flooding on the Major Deegan Expressway.

NEW YORK - The deluge from the remnants of Hurricane Ida quickly overwhelmed many streets and highways in New York City on Wednesday, Sept. 1, 2021, stranding dozens of motorists as the waters rose overnight into the morning.

At least 80 tractor-trailers, trucks, and cars were abandoned on the Major Deegan Expressway in the Bronx, according to the FDNY. Water came through a leaking retaining wall along the expressway. It isn't clear if the expressway's proximity to the Jerome Park Reservoir to the east was a contributing factor in the flooding.

First responders using boats rescued more than 30 people near the Van Cortlandt Park exit and another 17 near the 230th Street exit on Thursday morning.

Hours later, SkyFOX was over the area, showing a number of vehicles still stuck in floodwaters on the highway, which remained closed in both directions.

The Major Deegan Expressway carries about 8.5 miles of Interstate 87 from the Bronx near the RFK Bridge to the border with Westchester County.

Abandoned vehicles in the Bronx [SkyFOX]

Dozens of trucks and cars were abandoned in the floodwaters on the Major Deegan Expressway in the Bronx.

City officials warned of ongoing road closures due to the flooding and aftermath.

"Avoid unnecessary travel while clean-up operations continue," a NotifyNYC alert stated. "If you must travel, New Yorkers are advised to exercise caution when traveling, especially while driving, walking, or biking, and allow for additional travel time.

RELATED: De Blasio declares State of Emergency in NYC due to historic flooding

New York Gov. Kathy Hochul addressed the catastrophic flooding that has occurred in downstate areas of the state, including New York City, Long Island, and the Lower Hudson Valley.

The flash flooding killed at least 12 people in New York City, most of them inside basement apartments, the NYPD said.

At the height of the rapid rainfall on Wednesday evening, the National Weather Service issued a Flash Flood Emergency for New York City for the first time in history. The high-level alert is reserved for "exceedingly rare situations" when a flash flood poses a severe threat to human life and property, NWS said.

"This was an exceedingly rare event with [6 to 10 inches] of rainfall falling over a several hour period," the NWS New York office said in a social media post. 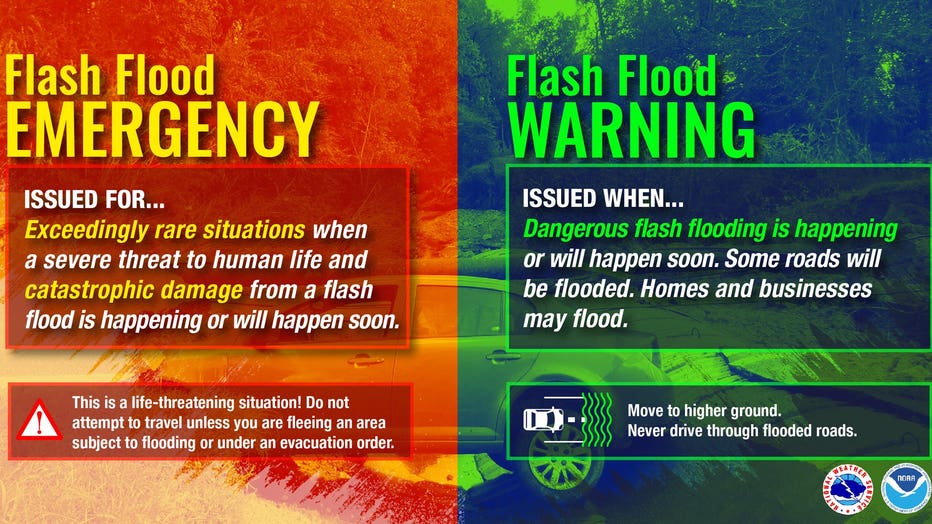