The flooding from the remnants of Ida killed a number of people inside basement apartments in Queens.

NEW YORK - The remnants of Ida dumped so much rainfall on New York City in a few hours that dangerous flash floods quickly overwhelmed many streets, highways, subway stations, and homes. At least a dozen people in the city died — most of them inside basement apartments in Queens, according to police.

Police officers responding to a 911 call found the bodies of three of the people in a flooded basement at 153-10 Peck Avenue near Kissena Park.

NYPD Chief of Community Affairs Jeffrey Maddrey said officers are going door-to-door searching for people who might be trapped or dead.

"We are making sure there are no other victims of a similar nature with the surrounding homes," Maddrey said.

"Today was difficult for the families that suffered loss, our thoughts and prayers are with you," he added on Twitter. 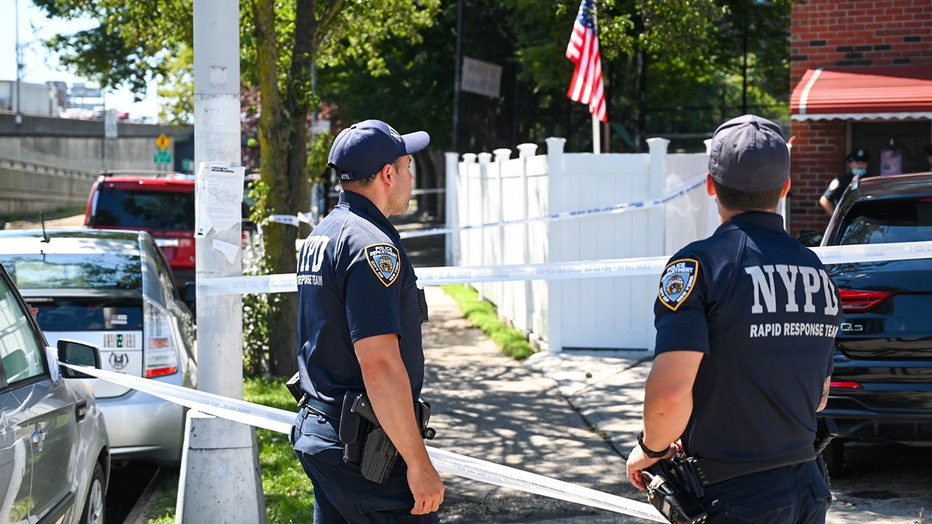 Fast-moving water quickly poured into a number of other basement dwellings in the borough, killing several more residents, including a woman and her adult son, identified as Phamatee and Khrishah Ramskriet, at a house on 183rd Street in Jamaica.

On Thursday, the mayor, governor, and other officials and elected leaders gathered near there for a news conference. The commissioner of the Department of Environmental Protection, which manages the city's water and sewer systems, said so much rain fell so fast.

"We're going to do a full hydraulic assessment but rainfall rates were really extraordinary and far exceeded the capacity of the system," DEP Commissioner Vincent Sapienza said. "Anything over two inches an hour, we're going to have to have trouble."

New York City Mayor Bill de Blasio says that storm forecasts have become so unreliable that everyone needs to prepare for the absolute worst for any future storm.

The commissioner of the Department of Buildings issued a statement urging residents, landlords, and property managers to not let their guard down.

"While the worst of the flooding has thankfully subsided, that doesn’t mean that the potential for hazards is over," Commissioner Melanie La Rocca said. "Flood-damaged buildings can still pose a serious danger to New Yorkers. Take precautions, and if you spot any unsafe conditions, report it immediately."

The Buildings Department also cautioned people about how to inspect and deal with flooding and damage.

"Do not wade into standing floodwater in basements and cellars to survey damage. The water may be contaminated, contain hazardous debris, or be electrically charged," the department said in a news release. "If your basement or cellar is flooded, use caution when pumping out the water. Pumping out floodwater from a building too quickly could cause serious structural damage. The water must be drained slowly to equalize pressure on both sides of building walls."

With FOX 5 NY's Mac King and The Associated Press.