NEW JERSEY - At least 25 people are dead across New Jersey after the devastating flooding from Tropical Storm Ida swept many people away in their cars or drowned them in their homes.

At least six people are still reported missing in the state.  Three of the missing are from Passaic County, two are from Somerset County and one is from Essex County.

Four people were found dead in a flooded apartment complex in Elizabeth on Thursday morning when the area filled with 8 to 10 feet of water.

It happened in an area of homes and mid-rise apartment buildings on Irvington Ave.

A city spokesperson says that a 72-year-old woman and her 71-year-old husband were found dead along with their 38-year-old son and a 33-year-old female neighbor.

Mayor Chris Bollwage says that officials are using drones to fly along the nearby Elizabeth River to check for potential bodies along the riverbanks for any victims that may have been washed away by the flooding.

Cleaning up after the storm

Rochelle Park was just one of hundreds of communities across New Jersey who felt the wrath of Tropical Storm Ida.

All of the victims were in garden-level apartments.

Officials had reported that a fifth person had died at the same complex but that information was wrong and police later confirmed that only 4 people had died.

Fire and police were going door-to-door Thursday doing wellness checks.  At least dozens of families have been displaced in that area.

Officials were checking nearby schools to see what is suitable for use as a temporary shelter. 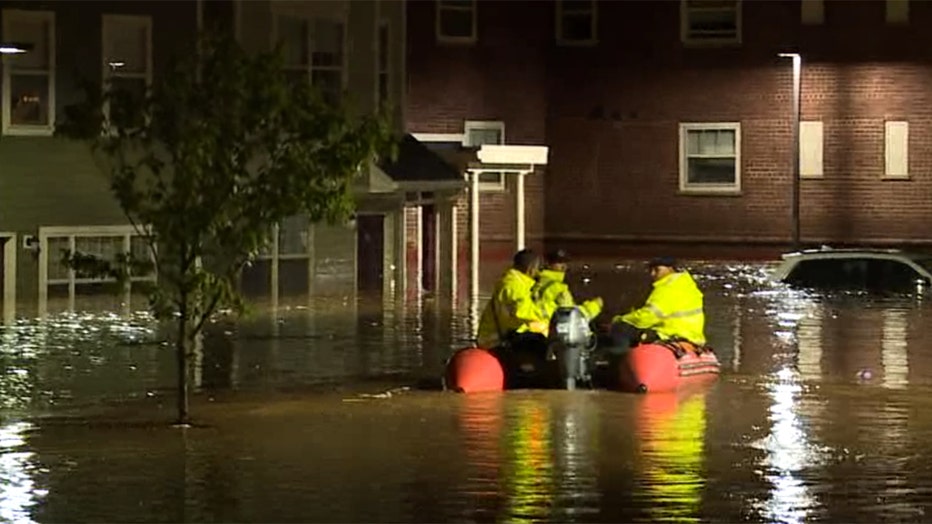 Remnants from Ida flooded neighborhoods in Elizabeth, N.J., on Sept. 1, 2021.

Tornadoes and other storm damage reported in New Jersey

'Large and extremely dangerous' tornadoes reported in Penn. and NJ

NOTE: This story has been updated to reflect that 4 people died in Elizabeth. 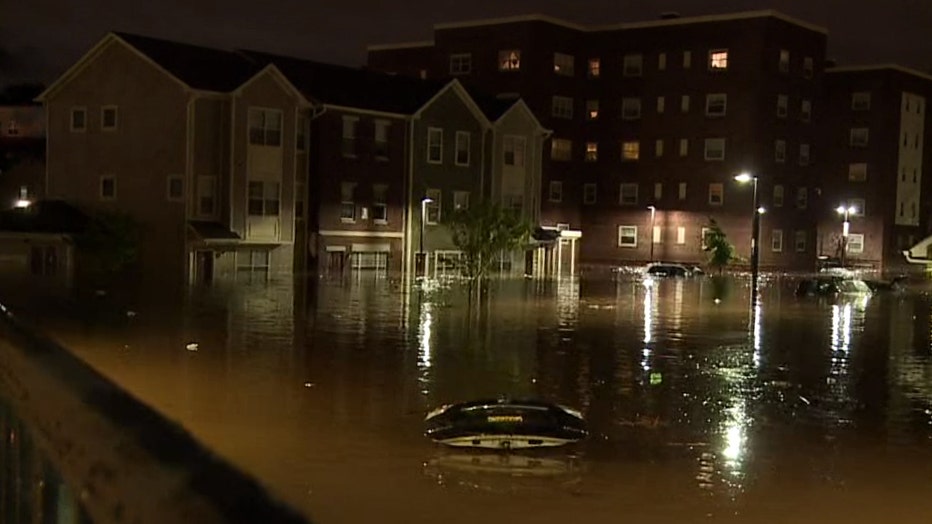 Remnants from Ida flooded Eneighborhoods in Elizabeth, N.J., on Sept. 1, 2021.