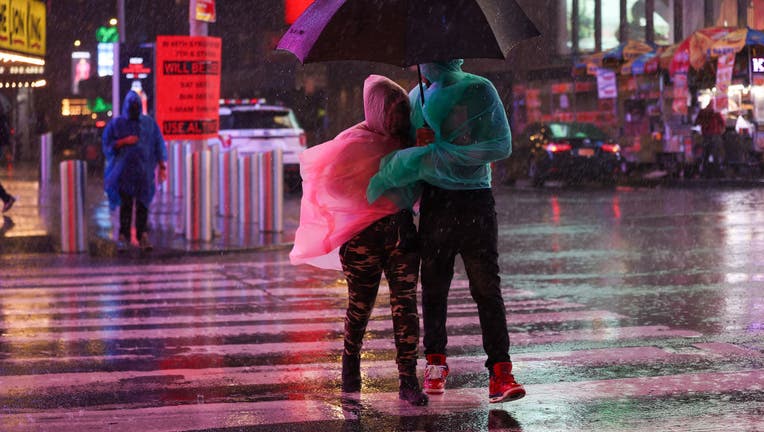 People out in the street during heavy rain and storm at Times Square in New York City, United States on September 1, 2021. (Photo by Tayfun Coskun/Anadolu Agency via Getty Images)

NEW YORK - Central Park smashed a record for the amount of rain that fell in one hour during the huge storm that tore through the tristate area on Wednesday night.

That broke a record set less than two weeks ago when the remnants of Hurricane Henri dropped 1.94 inches in one hour.

Complete coverage of the storm: