The flooding from the remnants of Ida killed a number of people inside basement apartments in Queens.

NEW YORK - Around 10 p.m. Wednesday, Sophy Liu and her 10-year-old son Aaron were sheltering inside their first-floor apartment in Flushing, Queens, while the remnants of Ida drowned the city with more than eight inches of rain.

"He was so scared," Sophy said.

They recognized they needed to leave as the water inside their home rose above their waists.

"I tried to open the door and then the door got stuck," Sophy said. "I don't know what's going on."

With actual feet of standing water outside her front door pinning it shut, Sophy called Jack Li, who lives upstairs, to help free her.

"The water comes so fast," Sophy said. "It's up to my neck already."

Sophy placed her son in a life jacket and held a ball to keep herself afloat while Jack, floating out front, spent an hour beating the door with a hammer, trying to open it.

Danny and Jack — submerged themselves — kicked down Sophy's door, freeing the trapped mother and son.

"From the door to the stairs, I was just swimming to get them to the second floor," Jack said.

Just a block away, three people died inside their flooded basement. 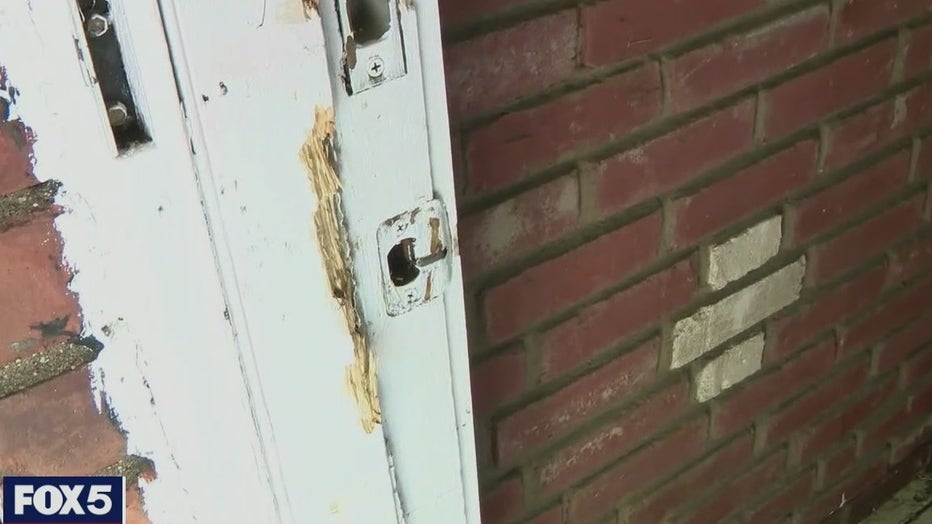 A Queens man tried to open his neighbor's door by beating it with a hammer as the flood water quickly rose during Wednesday's storm. (FOX 5 NY Image)

As of Thursday afternoon, at least 11 New Yorkers drowned in basement apartments in the city during or following Wednesday's storm — including a mother and her adult son in jamaica.

At a press conference on Thursday, the city's DEP commissioner, the Queens borough president, and others attributed much of the damage and loss of life to climate change and stressed the need for investment to minimize the impact of future storms.

"We need Washington, D.C., to move with a level of urgency," Borough President Donovan Richards said.

Like many in her neighborhood, Sophy spent Thursday filling garbage bags with her destroyed belongings, hanging what appeared possibly salvageable out to dry in the September sun, and attempting to process the events of the night before.

Sophy, Jack, and Danny called 911 multiple times but were unable to get through. While floating in her apartment, Sophy sent "I love you" text messages to all her friends and family in case she never saw them again.

"The lucky thing is I still can talk to you guys, right?" she told us.

Flushing, Queens was devastated by the remnants of Storm Ida. Debris, furniture and abandoned cars line the streets. Most of the deaths from the storm were in the borough.