Landslides in Yonkers dumped dirt and debris onto Metro-North Railroad tracks along the Hudson River.

NEW YORK - The pounding from the remnants of Ida triggered several landslides in Yonkers, dumping dirt and debris onto Metro-North Railroad tracks along the Hudson River. Service on the railroad's Hudson Line remains suspended.

"On the Hudson Line there will be no trains or connecting services until further notice due to significant track and infrastructure damage," the MTA said. "Crews will continue to work around the clock to remove trees, mud and other debris from the tracks, restore power and repair damaged tracks from washouts to bring service back as soon as possible."

Video from SkyFOX showed several places along the river where the hillside has collapsed, including part of a parking lot on Warburton Avenue. At least two cars fell part of the way down the hill into what is effectively a sinkhole.

The MTA has crews working heavy machinery on the tracks.

Metro-North President Catherine Rinaldi speaks with FOX 5 NY about the process of getting the train lines back to normal.

Video also showed that several backyards of homes on the hillside collapsed as well.

Yonkers, the state's third-largest city by population, is located just north of the Bronx in Westchester County. 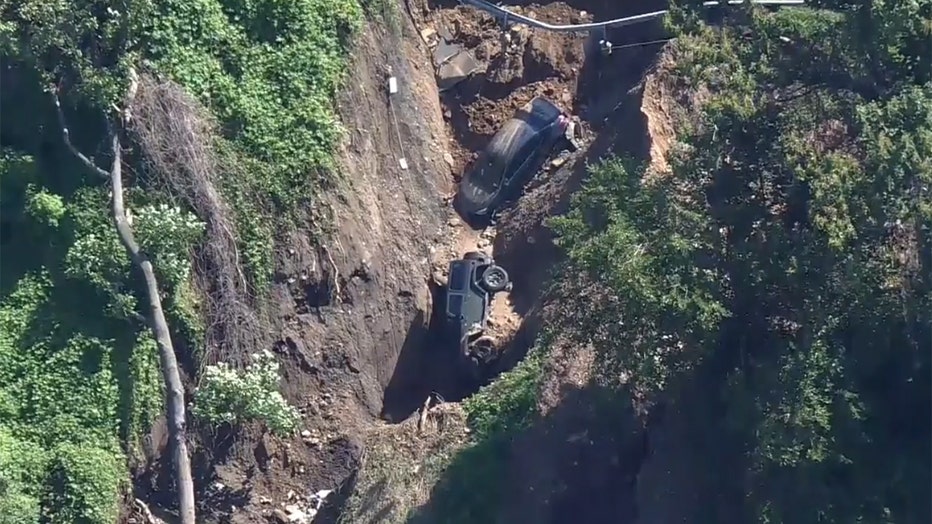 "After intense rainfall, Yonkers experienced over 8 inches of rain, creating dangerous conditions. Our emergency crews have been out working to clear the streets," Mayor Mike Spano tweeted. "We ask you to do your part and stay off the roads to let our crews continue to work."

Gov. Kathy Hochul toured some of the storm-ravaged parts of the city on Friday. 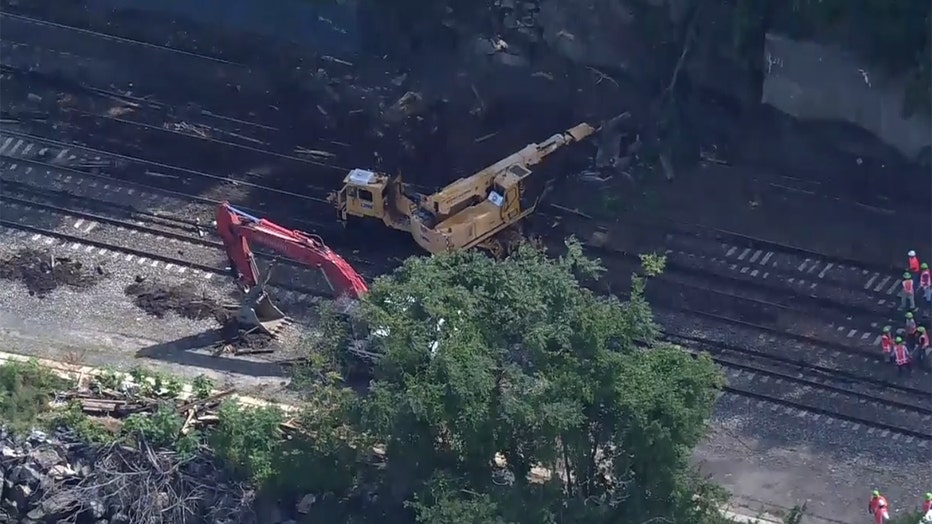 Tornadoes and other storm damage in New Jersey 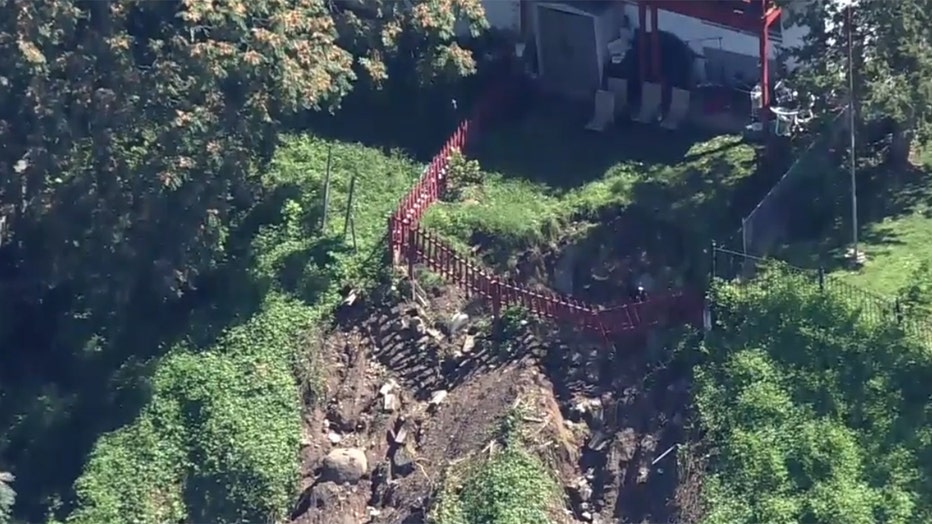 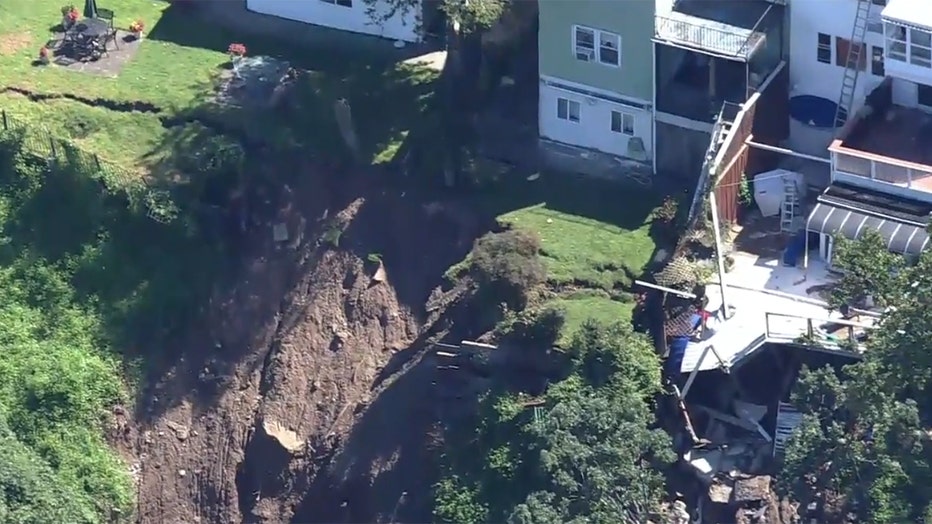