If confirmed, Sarah Feinberg will serve as the chair of the MTA board. Janno Lieber will become the CEO of the MTA.

NEW YORK - The Metropolitan Transportation Authority, the largest public transportation system in the United States, is set to undergo a change in leadership at the top.

Gov. Andrew Cuomo has nominated Sarah Feinberg, the interim president of New York City Transit, as chair of the MTA board and John Lieber, the president of MTA's construction arm, as CEO of the MTA. They will replace Patrick Foye, who has held both titles for just over two years.

Cuomo has nominated Foye to serve as the interim president and CEO of Empire State Development, the state's agency for economic development.

In a statement, Cuomo praised all three for their leadership during the coronavirus pandemic, which devastated the MTA's finances.

"Moreover, they oversaw and pushed through historic change and construction progress across the MTA, giving the system the upgrades that will better serve riders for generations," Cuomo said.

Feinberg will be the first woman to lead the MTA board, which is composed of 21 members representing the interests of the state, New York City, several suburban counties, organized labor, and riders and users of MTA systems and facilities. In a statement, she said she is "thrilled" to be involved in shaping the "future of the agency, and of transportation in this city and region."

"There should be no higher priority than ensuring we are doing all we can to bring ridership back," Feinberg said, "and as ridership comes back, so will the city's economic recovery." 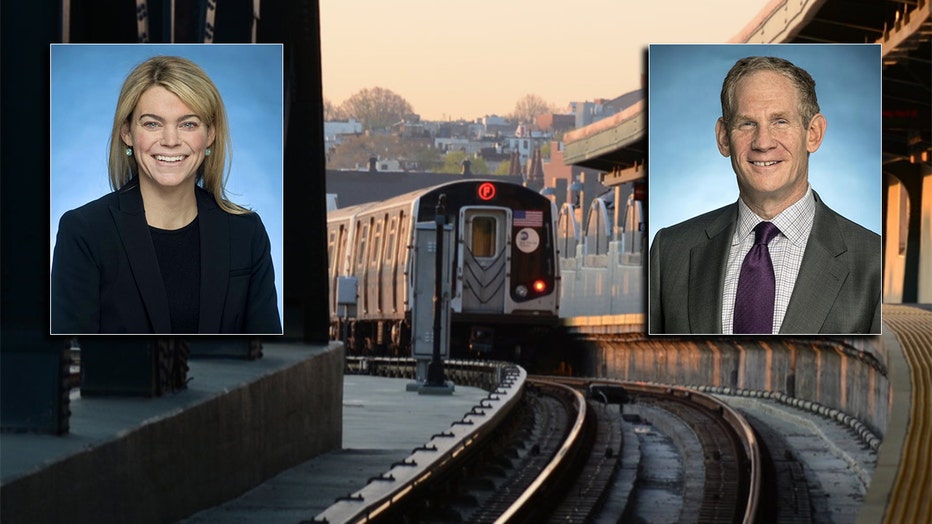 In his role as the head of MTA Construction and Development, Lieber, who goes by Janno, has overseen massive capital projects including the rebuilding of the L train tunnel under the East River, the East Side Access project for the LIRR, the second phase of the Second Avenue Subway, the expansion of Penn Station, and much more.

In a statement, Lieber said he looks forward to his role in supporting the region's "economic revival."

"The COVID crisis proved — once again — that mass transit is New York's linchpin, in good times and bad," he said. "Now we need to keep building a system that connects people from all communities to jobs, education and opportunity."

During the height of the pandemic, ridership on the subways plummeted 90%. The system shut down every night so workers could sanitize all subway cars and stations. Buses stopped taking fares. And dozens of MTA employees died of COVID-related causes.

In recent months, ridership has recovered somewhat and subways resumed around-the-clock service. But the agency continues to cope with major fiscal problems, infrastructure challenges, and a spike in violent crime on the subways. Last week, the MTA admitted that hackers had breached three of its 18 computer systems sometime in the spring.

The MTA is a massive agency that oversees the subways and buses of New York City, Staten Island Railway, Metro-North Railroad, Long Island Rail Road, seven toll bridges, two toll tunnels, paratransit services, and all the infrastructure and facilities that go along with all that.