NEW YORK - Forecasters expect a heatwave to descend on parts of New Jersey and New York through Friday. Expect a lot of humidity, which will make the real-feel temperatures feel even worse.

The hot weather could also bring air quality alerts because of the possibility of an increased presence of ground-level pollutants in the air.

The National Weather Service has issued a Heat Advisory from Wednesday at noon through Thursday at 8 p.m. for all of New York City, parts of Long Island, and parts of the Lower Hudson Valley in New York; Essex County, Union County, Hudson County, Bergen County, and Passaic County in New Jersey; and Fairfield County, Middlesex County, New Haven County, and New London County in Connecticut.

This could be the second heatwave of the month. Earlier in August, extremely high temperatures pushed the heat index into the triple-digits for several days.

New York City officials and Con Edison management had urged customers to conserve energy to help avoid blackouts. There were no widespread outages during that prior heat event. There have been warnings about power consumption issued ahead of this week's heatwave. 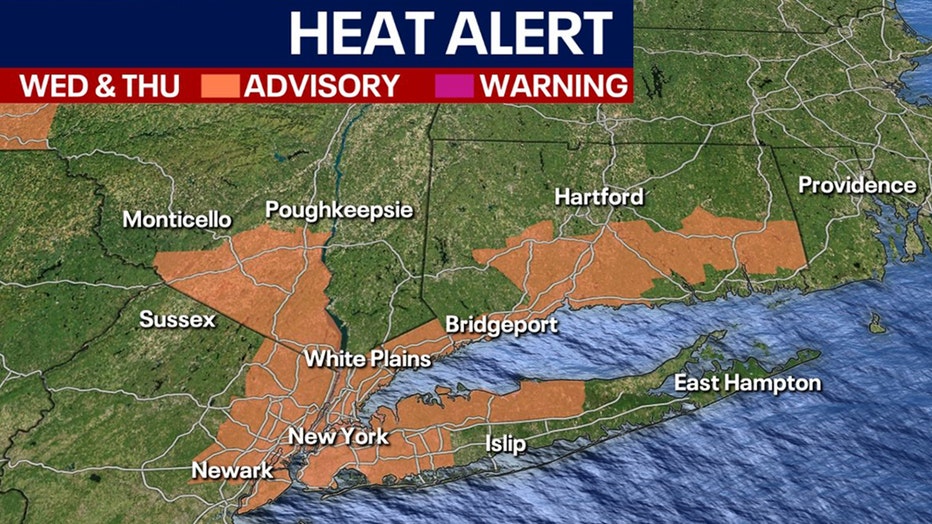