Flooding remains a concern as a Nor'Easter makes its way out of the NYC region. High winds are reported particularly on eastern Long Island.

NEW YORK - A coastal flood advisory for portions of New Jersey and New York along with a high wind warning for eastern Long Island were in effect Wednesday as the nor'easter that brought heavy rain and flooding a day earlier made its way out of the region.

Flood warnings were also issued for portions of New Jersey.

Murphy's declaration, which covered the entire state, allowed the state to free up resources and take steps to respond to the storm which was forecasted to bring significant flash flooding, coastal flooding, and wind gusts. Residents were urged to stay off the road.

"Today is definitely a washout and, again, tonight we'll get with the washout, combined with that some high winds. Please, please everyone be safe and use your common sense," said Murphy during a briefing on the storm Tuesday.

"We are keeping a close eye on the weather forecast and working to communicate with our partners in government on the heavy rain and wind we're expecting to see through tonight and into tomorrow," said Gov. Hochul. "All New Yorkers should remain vigilant and be prepared to follow any emergency orders issued by local governments. I am strongly urging everyone to monitor their local weather forecasts and use caution on your commute home this evening and Wednesday morning."

NJ Gov. Phil Murphy said the State of Emergency remained in effect as a Nor'easter continued to pass through the region.

Downed trees or power lines were possible due to damaging thunderstorm winds, according to the National Weather Service. Wind gusts of up to 50 mph are possible, especially on the east end of Long Island.

Nassau County was bracing for fierce winds beginning Tuesday at about 2 p.m.

"This will primarily become more of a wind event as the afternoon continues," said Nassau County Executive Laura Curran. 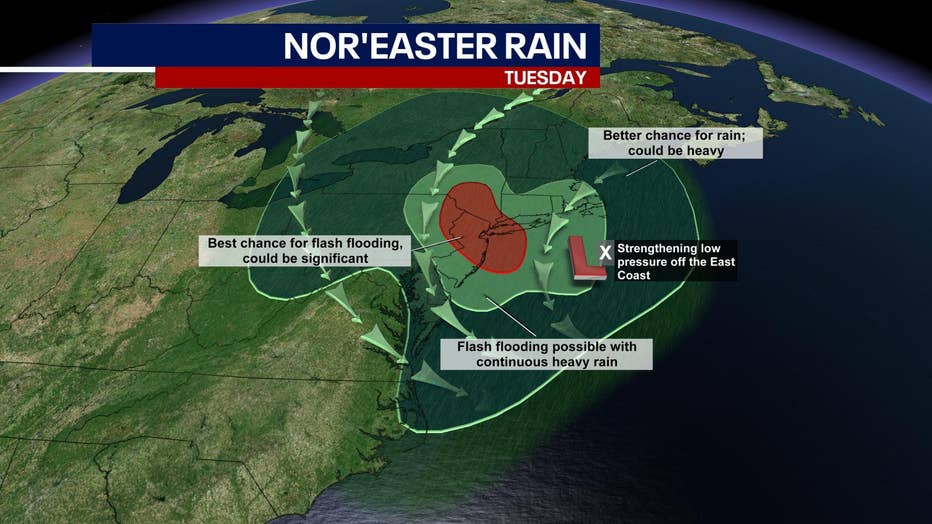 A storm is moving south to north and bringing heavy rain and flooding for portions of the Tri-State Region. (FOX 5 NY)

Minor coastal flooding was possible, with some flooding of low-lying roads on Tuesday and Wednesday evening high tides. Gale-force winds are likely in ocean waters Tuesday afternoon through Wednesday morning. 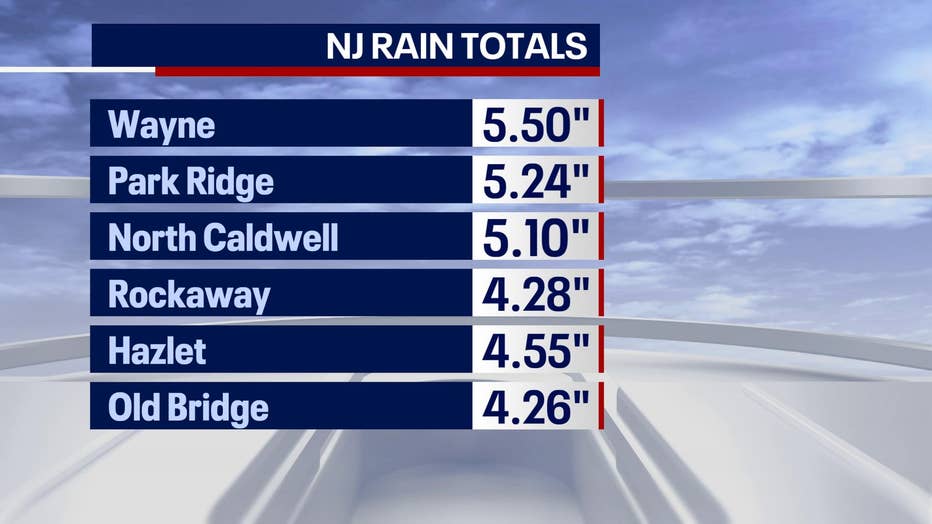 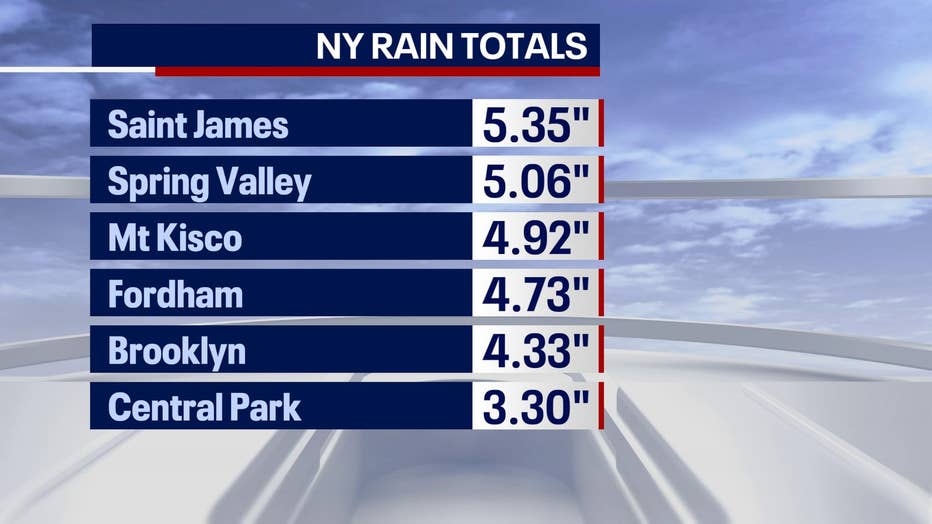 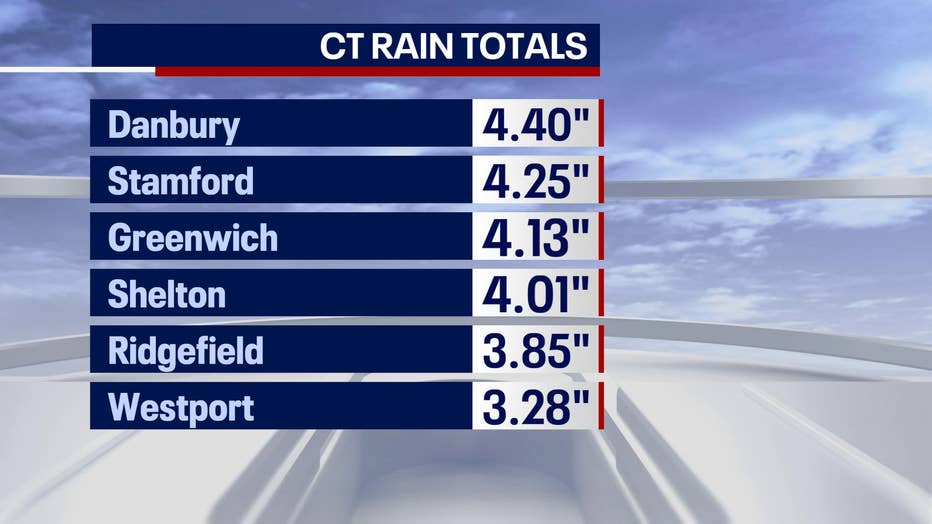 Connecticut saw from three to more than four inches of rain.

"Periods of heavy rain may result in urban flooding in low-lying and poor drainage areas. During periods of heavy rain, seek higher ground or, if in a basement, move to a higher floor," a Notify NYC alert stated. "City agencies have taken action to clean catch basins and remove street litter in the event heavier rain occurs."

The Metropolitan Transportation Authority says it has prepared for Tuesday's Nor'easter after a deadly storm Ida nearly two months ago.

The storm brought new flooding concerns to areas that had to deal with the remnants of Hurricane Ida that caused widespread flooding across the tristate region.

Residents of Woodside, Queens tell FOX 5 News that they were worried Tuesday's Nor'Easter would bring deadly flooding as did Storm Ida two months ago.

What is a nor'easter?

A nor'easter is a storm along the East Coast with winds typically arriving from the northeast, according to the National Weather Service. These storms can occur at any time of year but are most frequent and "most violent" between September and April.

Nor'easters usually develop in the latitudes between Georgia and New Jersey, within 100 miles east or west of the East Coast. They typically reach maximum intensity near New England and the Maritime Provinces of Canada, forecasters say.

These storms nearly always bring precipitation in the form of heavy rain or snow, as well as heavy winds, rough seas and occasional coastal flooding, according to the National Weather Service.

The heavily populated region between Washington D.C., Philadelphia, New York, and Boston are particularly impacted by nor’easters — which have been responsible for billions of dollars in damage in the past.