NEW YORK - A cold front that is moving across the Northeast on Thursday has the potential to trigger severe weather in the metropolitan New York City region. The front will bring thunderstorms, moderate to heavy rainfall, and gusty winds to parts of New York, New Jersey, and Connecticut, according to forecasters.

"A strong frontal system will bring moderate to locally heavy rainfall, gusty winds, and isolated thunderstorms to the region, mainly across eastern sections going through tonight," the National Weather Service said. "Scattered heavy downpours and isolated to scattered thunderstorms are likely this evening and into the overnight further east."

The worst of the storm is expected north of New York City and on eastern Long Island.

When is the storm hitting NYC?

Forecasters predicted that scattered heavy downpours and isolated thunderstorms would develop on Thursday afternoon and evening. The heaviest rain occurs late Thursday evening and overnight but may persist for eastern Long Island and southeast Connecticut into Friday morning. 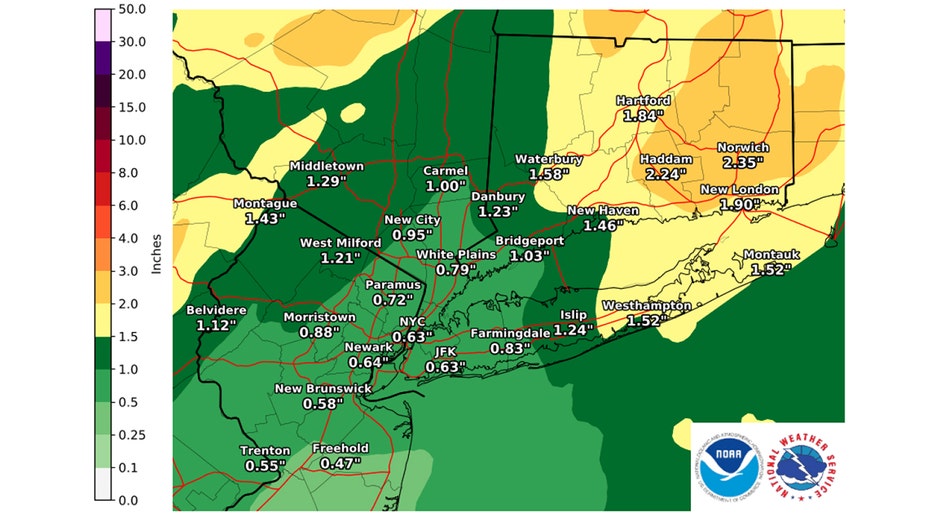 Heavy Rain and Other Hazards