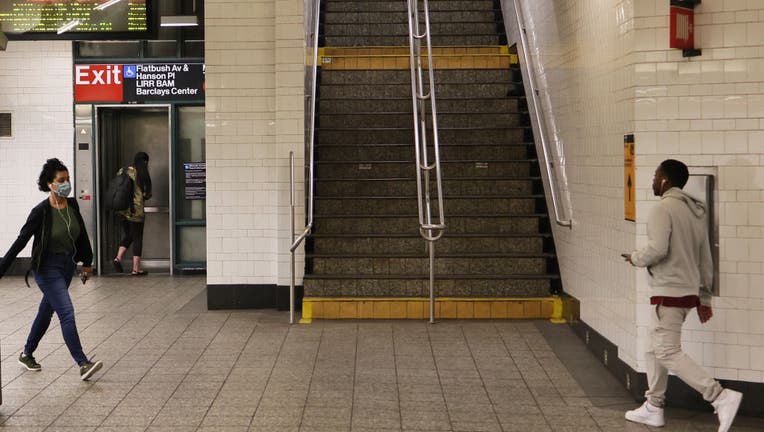 NEW YORK - On Wednesday, New York Governor Kathy Hochul announced that the MTA and accessibility advocates had reached a settlement agreement that means that the MTA is vowing that it will make subways 95% accessible to people with disabilities by 2055.

"No New Yorker should have to worry about whether or not they can safely access public transportation," Governor Hochul said in a statement. "This agreement between the MTA and accessibility advocates is a critical step towards further expanding accessibility in our subways and serving the needs of New Yorkers with disabilities. My administration will continue to ensure that New York State is accessible for all."

Currently, only 131 of the stations operated by the MTA are fully accessible to customers, via elevators and ramps, out of a total of 493.

The MTA has completed accessibility projects at 15 subway stations across the city since 2020, has awarded contracts for another 22 stations, and has another 13 station projects procurement.

Wednesday's deal was the result of a pair of class-action lawsuits brought by disability and accessibility advocates and is subject to court approval.

"Today is a historic day for individuals with disabilities. Future generations will now be able to say that we have a fully accessible subway system. We will all be able to go anywhere in the five boroughs allowing us to participate in all New York City has to offer," said Brett Eisenberg, Executive Director of Bronx Independent Living Services.