NYC Transit gets an interim leader

Sarah Feinberg has been a member of the MTA board for a year. She will now serve as the interim president of New York City Transit. Reported by Teresa Priolo

NEW YORK - A current MTA board member and former Obama administration official is taking over for Andy Byford, the so-called Train Daddy, who recently resigned.

Feinberg, who joined the MTA board a year ago, previously served as an aide to President Obama, the chief of staff to U.S. Transportation Secretary Anthony Foxx, and the administrator of the Federal Railroad Administration.

"To our millions of riders: I hear you, I see you, and I am one of you," Feinberg said at a public event on Tuesday. "Every single day, you can count on me to advocate for you."

She said she is excited to be able to jump in and try to deliver for transit riders but can't take the job for the long term because of personal reasons.

Feinberg said she will be a part of the MTA's search for a permanent NYC Transit president.

"I am confident she will carry forward the progress we have achieved to bring performance to record levels, modernize our system for customers and build on the success of the Subway Action Plan," Foye said in a statement.

Byford stepped down as the head of NYC Transit last Friday after just over two years. He earned the respect of commuters and many city officials but reportedly clashed with Gov. Andrew Cuomo. Some riders nicknamed him "Train Daddy." 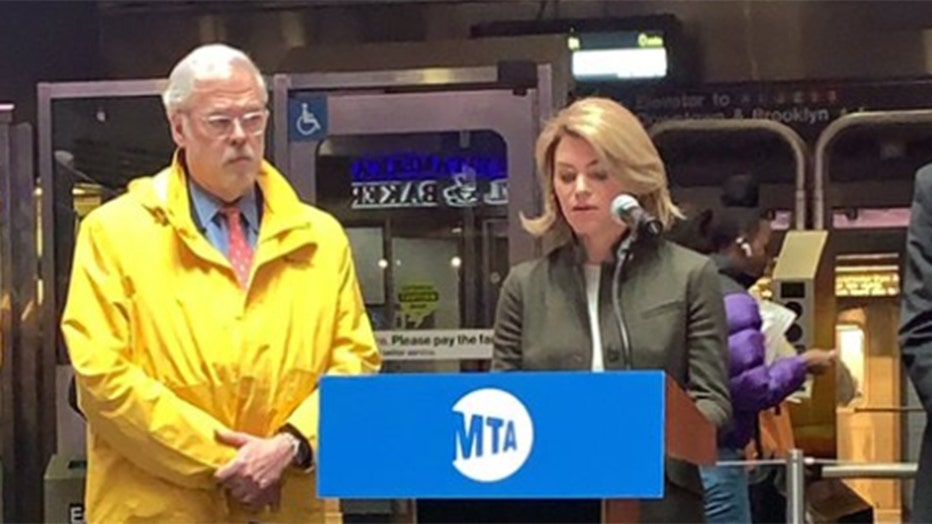