The entire coastline of New Jersey was pummeled with heavy rain and fierce winds from Tropical Storm Elsa.

NEW YORK - As Tropical Storm Elsa made its way up the East Coast, authorities urged boaters, beachgoers, surfers, swimmers, and anyone else who had plans for either coastal recreation or work to take precautions ahead of and during the storm.

Dangerous, life-threatening marine conditions — including tropical storm-force winds, rough seas, and rip currents — developed over the lower Delaware Bay, Atlantic waters off the Jersey Shore and south of Long Island, the Long Island Sound, and the southern and eastern bays of Long Island, according to the National Weather Service.

High surf of 6 to 9 feet was possible Thursday night into Friday night along the ocean beachfront, the National Weather Service said. Beach flooding and beach erosion were possible, especially around high tide on Friday morning and again on Friday Night.

The National Weather Service expected dangerous rip currents along the Jersey Shore and the New York coastline. A high rip current risk was in effect for the coastal areas of Monmouth, Ocean, Atlantic and Cape May Counties in New Jersey and the southern coastal areas of Brooklyn, Queens, and Nassau and Suffolk Counties in New York from Friday morning through Friday evening.

"Dangerous rip currents and rough seas from Tropical Storm Elsa will make beach conditions dangerous for all levels of swimmers," the National Weather Service said. "Anyone visiting the beaches should stay out of the surf. Rip currents can sweep even the best swimmers away from shore into deeper water." 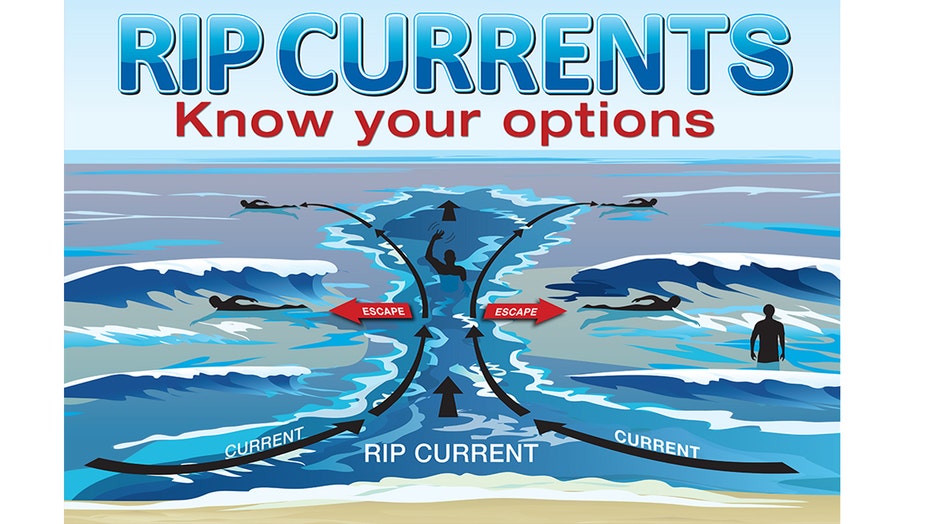 The U.S. Coast Guard was asking boaters to monitor weather alerts and boating advisories and to consider changing plans to avoid going out in dangerous conditions.

"Tropical storms are dangerous, can create treacherous conditions and can cause gale-force winds sooner than anticipated," the Coast Guard said in a news release.

Heavy winds can be deadly to boaters if they are unprepared. So consider staying off the water, the Coast Guard said.

"Boaters can find themselves in trouble as sea states intensify beyond what their vessel can safely operate within," the agency said. "The Coast Guard's search and rescue capabilities degrade as storm conditions strengthen. This means help could be delayed. Boaters should heed weather watches, warnings, and small craft advisories."

Boaters should secure their vessels, especially paddlecraft and dinghies, and equipment, such as life jackets and life rings, so that they don't blow away in the storm and trigger unnecessary alarm.

"These items, if not properly secured, can break free and require valuable search and rescue resources be diverted to ensure people are not in distress," the Coast Guard said. "If gear and craft are labeled properly, search and rescue coordinators can reach out quickly to see if an individual was in distress."