NEW YORK - Some areas of New York and New Jersey could see 5" of snow Wednesday, while other areas could see more than 3" of rain.

The intensity and coverage of snowfall at the onset Wednesday morning, as well as the timing of the transition from south to north Wednesday afternoon and evening, will predicate how much snowfall, particularly the interior, receives.

The storm should be done by late in the evening.

The rain could be heavy at times, especially as the afternoon progresses. Tonight will see a changeover into a mix of snow and rain before the storm is finished. 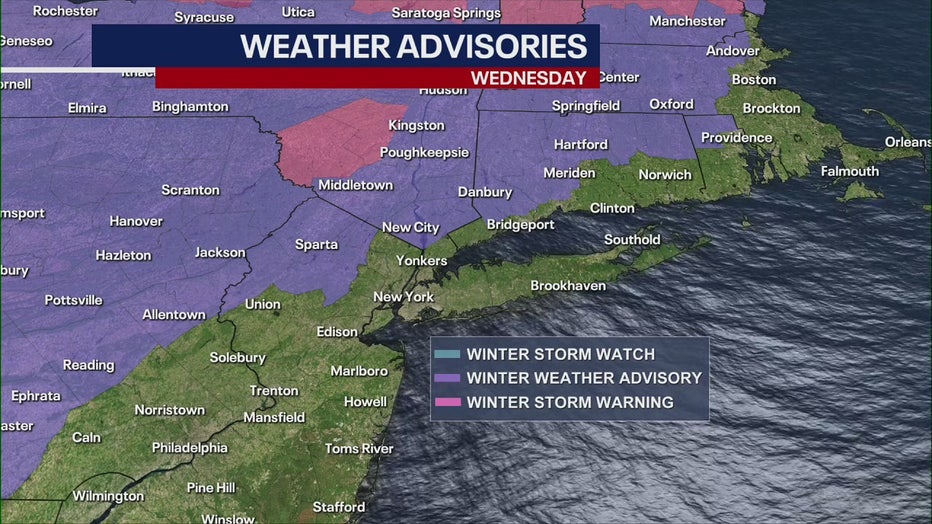 Winter weather watches, advisories and warnings in effect for Wednesday

A Winter Storm Warning is in effect from 7 a.m. until 10 p.m. for Sullivan County and Western Ulster County. Some areas of the counties could see 8" of snow.

A Coastal Flood Warning is in effect from 9 a.m. Wednesday until 2 a.m. Thursday for southern Nassau County. Thunderstorms could produce significant downpours this afternoon. 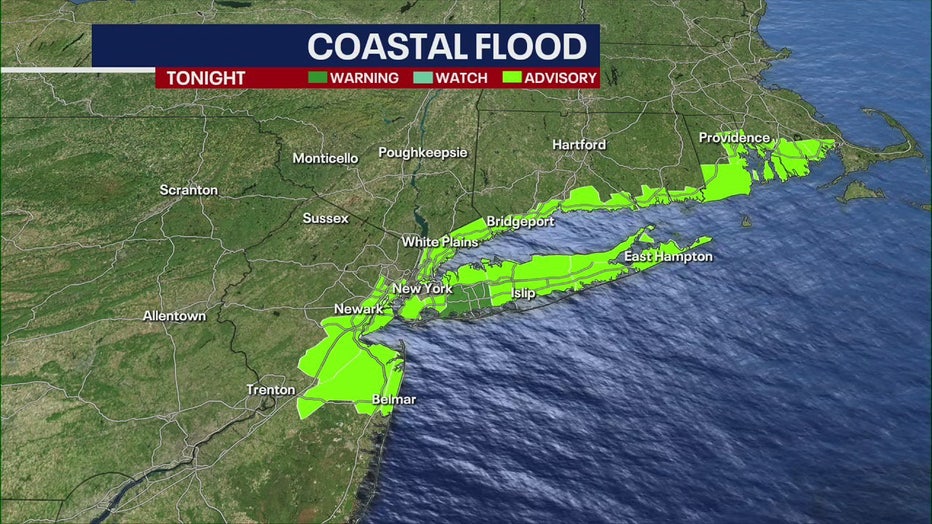 How much rain and snow should New York expect? 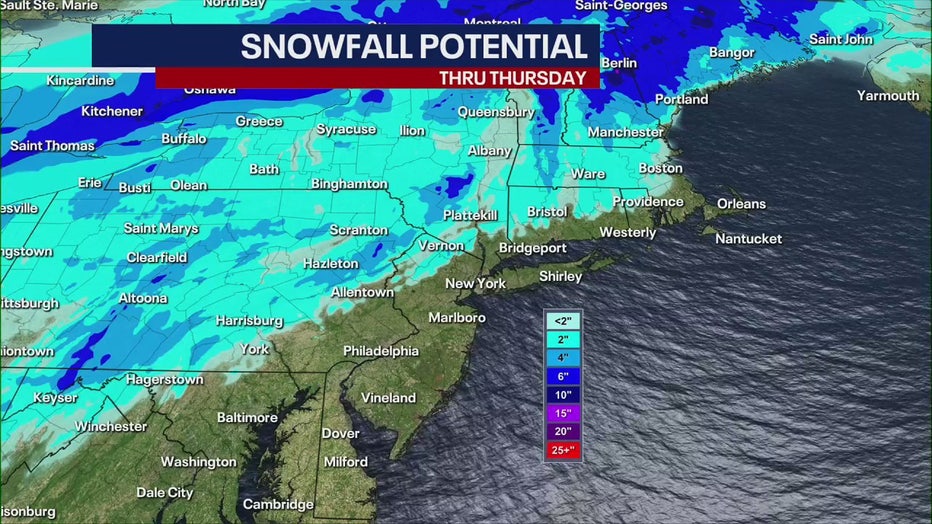 Interior portions of Lower Hudson Valley areas could see 2-5" of snow. The snow is expected to be wet and heavy. Snowfall rates of 1" an hour are possible across the interior area.

The New York City metro area is expected to get less than 1" of snow. It will then change to rain. More than an inch of rain could fall in the city. 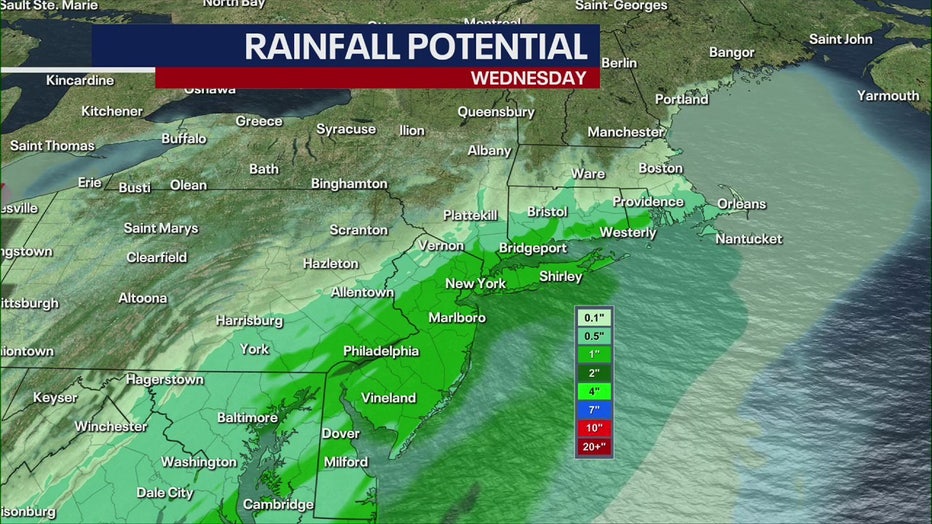 Winds in New York are expected to be strong. Southeast gusts of 30 to 40 mph are expected. 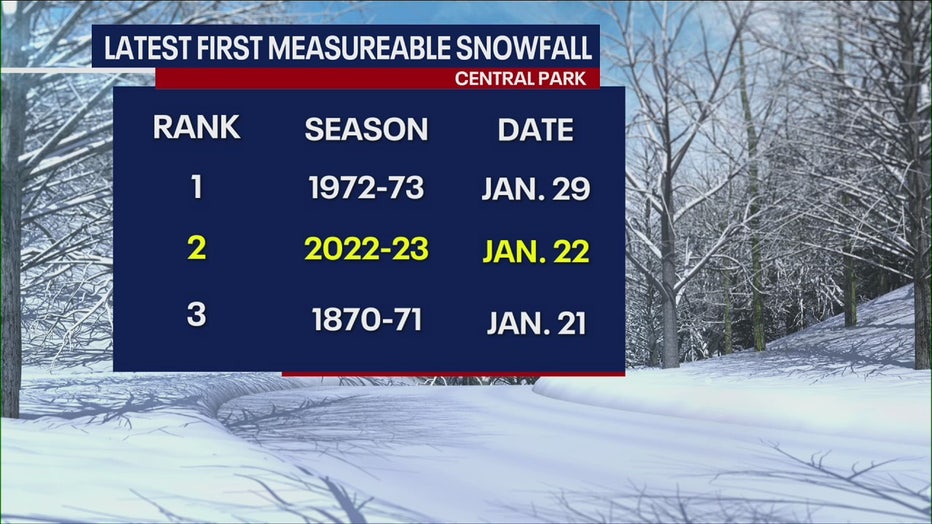 How much rain and snow should New Jersey expect?

Sussex County will see 2" of snow in lower elevations to 3-5" in the higher elevations. Ice accumulations of a light glaze are also possible. Snowfall rates could exceed 1" per hour in the county.

Warren and Morris counties could see snow and sleet ranging from 1-2" in lower elevations and 2-3" in higher elevations. A possible light glaze of ice is also possible. Snowfall rates could exceed 1" per hour.

Coastal New Jersey could see winds of 25-35 mph with gusts up to 50 mph. Areas of minor coastal flooding are expected in Middlesex, Monmouth, and Ocean counties.