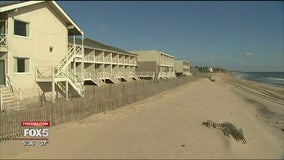 Officials are considering a plan that would move Montauk's oceanfront properties farther inland. A hamlet study recently released by the Town of East Hampton suggests rebuilding or relocating hotels, condos, and businesses along the flood-prone waterfront corridor to a higher elevation. 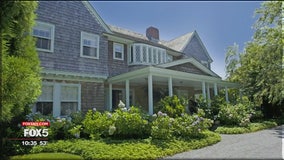 Grey Gardens was once filled with filth but is now filled with history. One of the country's most notorious yet historic homes is on the market. The home in East Hampton was made famous by the aunt and first cousin of Jacqueline Kennedy Onassis. Corcoran agent Michael Shultz showed Rosanna Scotto around the property, which can be yours for a cool $18 million.