A former prospective staffer for the embattled congressman has accused him of making an unwanted sexual advance during a private encounter in Santos' office.

Santos released a statement about the vandalism, saying “This act of cowardly behavior is beyond unacceptable and compromises the safety of my staff as well as my constituents.”

The disabled veteran who claims his service dog died after he was scammed by Santos confirmed to FOX 5 News that he was contacted by the FBI.

Embattled Rep. George Santos of New York has told his Republican colleagues that he is temporarily stepping down from his 2 congressional committees.

Pedro Vilarva, who claims to be Rep. George Santos' ex-boyfriend, claims Santos stole his cellphone and sold it for cash, among other lies.

“His whole body language has all the attitudes of someone telling the truth, but that’s not the case,” one of Santos' former friends said.

George Santos donors are demanding answers about where the money he loaned his campaign came from.

George Santos is getting a bobblehead... with a Pinocchio-style nose.

House Speaker Kevin McCarthy has condemned some of George Santos' conduct, but this week was the first instance in which he suggested potential consequences for the New York Republican.

A new poll of N.Y. voters says a majority of them say George Santos should resign from Congress.

Rep. George Santo says it is categorically false that he performed as a drag Queen. A former friend says the pictures don't lie.

“I know a lot but I don’t know how much of it is the truth,” Morey-Parker said.

House Speaker Kevin McCarthy announced that Santos will sit on two committees as some lawmakers call for more investigation into Santos' campaign finances.

New reports reveal Rep. George Santos is connected to the cousin of a Russian oligarch, who donated hefty sums to his campaign.

Residents on Long Island have launched the #WheresGeorge campaign, insisting that he cannot hide from his constituents as calls continue for his resignation. 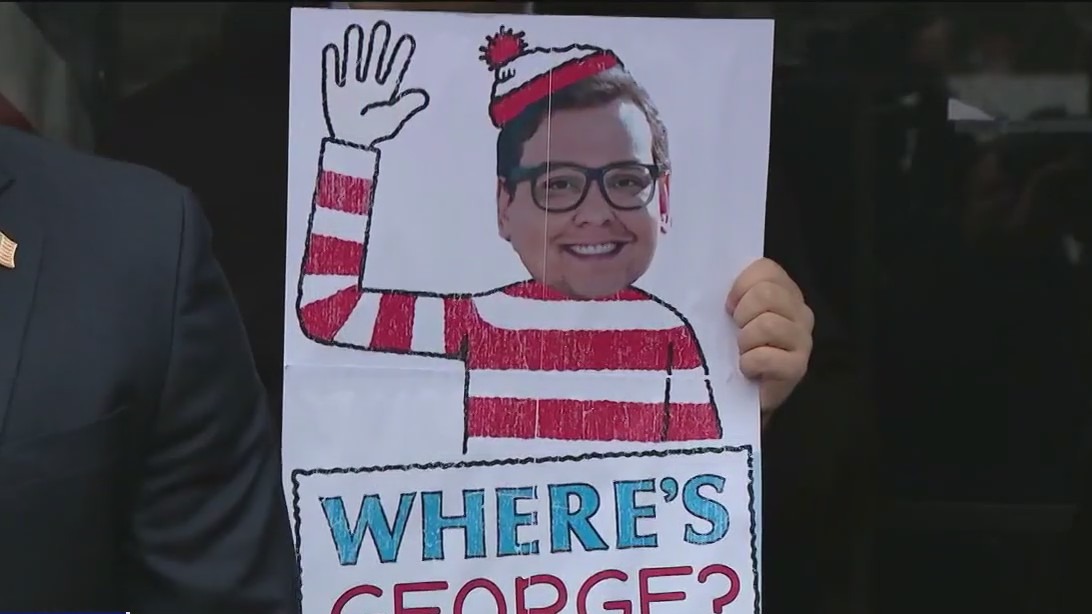 Residents in Queens and Long Island have launched a new social media campaign to keep up the pressure on embattled Rep. George Santos.

The Nassau County Republican Party is calling on embattled Long Island Congressman George Santos to resign, marking the most significant move from members within his own party to call for the lawmaker to give up his seat.