Who is Kathy Hochul?

Lt. Gov. Kathy C. Hochul is in line to become governor of New York when Andrew Cuomo resigns. Here are some quick facts about the seasoned public official.

NEW YORK - Lt. Gov. Kathleen "Kathy" Courtney Hochul is serving her second term as New York's No. 2 in the executive branch in Gov. Andrew Cuomo's administration. She will become the state's first female governor when Cuomo resigns on Aug. 24, two days shy of her 63rd birthday.

Minutes after Cuomo announced that he would step aside, Hochul issued a statement saying, "I agree with Governor Cuomo's decision to step down. It is the right thing to do and in the best interest of New Yorkers. As someone who has served at all levels of government and is next in the line of succession, I am prepared to lead as New York State's 57th Governor."

Hochul is set to address the public and take questions from reporters on Wednesday at 2 p.m. from the state Capitol in Albany. (To watch her address, click here.)

Lt. Gov. Kathy Hochul will become governor when Andrew Cuomo steps down. She will need to quickly address many challenges and questions.

In 2014, when Lt. Gov. Robert Duffy announced he wouldn't seek another term, Cuomo asked Hochul to join the Democratic ticket. They won the election with about 54% of the vote and again in 2018 with just under 60%.

As lieutenant governor, she chairs 10 regional economic development councils serving as the administration's voice. She is also the co-chair of the governor's Heroin and Opioid Abuse Task Force.

In 2015, the governor appointed Hochul to spearhead his Enough is Enough campaign to combat sexual assault on college campuses by hosting and attending more than two dozen events.

"As the highest-ranking female elected official in New York State, she continues to be a champion for women and families across the State," Hochul's official bio states.

In the past year during the COVID-19 pandemic, Hochul rarely appeared at Cuomo's daily briefings. Instead, the governor sent her to different parts of the state to look in on pandemic response and, more recently, the state's vaccination efforts.

New York Gov. Andrew Cuomo has announced that he is going to resign from office after a sexual harassment investigation.

Born in Buffalo in 1958, Hochul attended Syracuse University and earned a law degree from Catholic University in Washington, D.C. She worked for a law firm and then on Capitol Hill, including a stint as an aide to the late U.S. Sen. Daniel Patrick Moynihan, a legend in New York politics.

Hochul was a member of the town council in Hamburg, just south of Buffalo, for 14 years. She was elected county clerk for Erie County and served one term.

In 2011, she won a four-way race in a special election to fill a vacant seat in the U.S. House of Representatives. The western New York district hadn't had a Democratic representative in 40 years and was considered safe for the GOP.

But when congressional districts were redrawn in 2012, Hochul lost to a Republican challenger.

After leaving Congress, she briefly worked in the private sector before joining Cuomo's campaign and becoming his lieutenant. 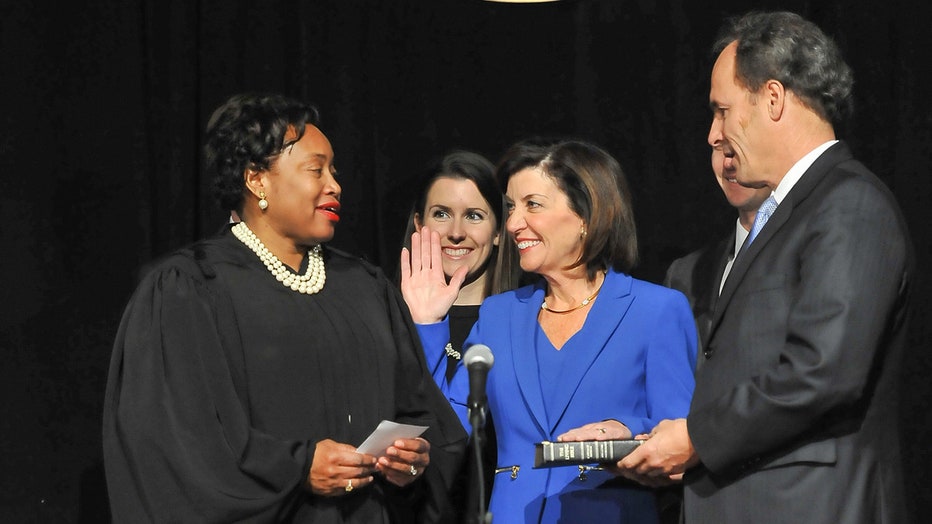 Under New York state law, if the governor is removed, resigns, or dies in office, the lieutenant governor becomes governor and serves the remainder of the elected term. Before Cuomo's announcement, the last New York governor to resign was Eliot Spitzer in 2008. Then-Lt. Gov. David Paterson succeeded him but did not run for election to his own term.

For months, Cuomo was facing intense calls to either resign or be impeached after several women have accused him of sexual harassment and misconduct. He repeatedly said he would not step down until his near-surprise announcement on Tuesday.

State Attorney General Letitia James launched an investigation into the allegations in March. That month, she appointed outside lawyers to lead the probe.

On Aug. 3, James announced the investigation found that Cuomo sexually harassed several women, including current and former state employees, and that his administration created a "hostile work environment" that was "rife with fear and intimidation." Cuomo has repeatedly denied the allegations. 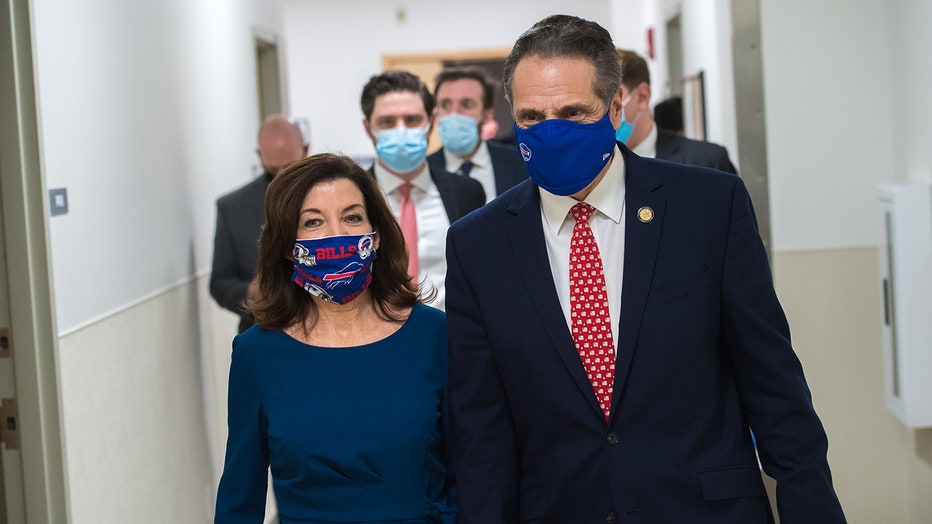 Statements on Accusations Against Cuomo

The day after James announced the appointment of the lawyers leading the investigation, Hochul issued a brief statement saying she is "confident everyone's voice will be heard and taken seriously."

"I trust the inquiry to be completed as thoroughly and expeditiously as possible," Hochul said in her March 9 statement. "New Yorkers should be confident that through this process they will soon learn the facts."

On Aug. 3, in a statement released a few hours after the attorney general announced the probe's findings, Hochul called sexual harassment "unacceptable in any workplace, and certainly not in public service."

"The Attorney General's investigation has documented repulsive and unlawful behavior by the Governor towards multiple women. I believe these brave women and admire their courage coming forward," she said. "No one is above the law. Under the New York Constitution, the Assembly will now determine the next steps."

Hochul said commenting further "would not be appropriate" because she, as lieutenant governor, is next in the line of succession.

On Aug. 10, after Cuomo announced his intention to resign, Hochul released her statement saying she is ready to lead. 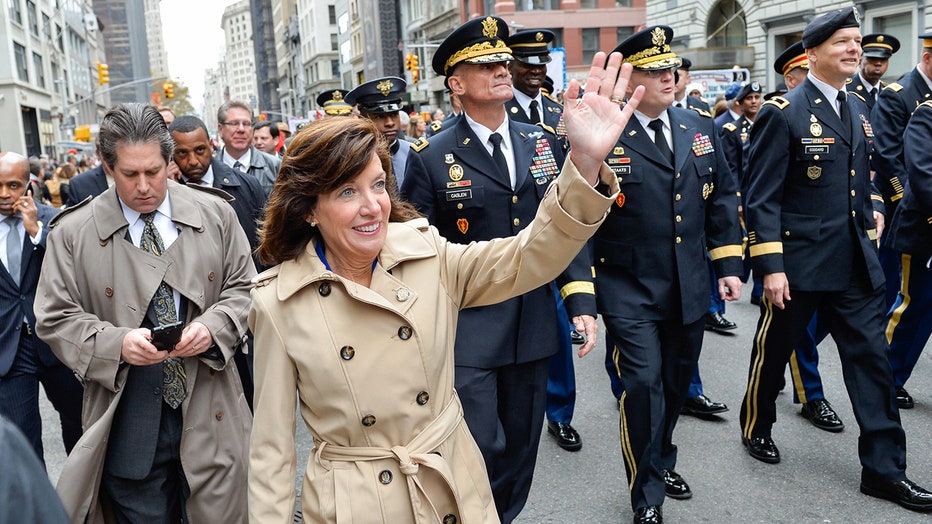 Hochul is married to William Hochul, who served as the U.S. attorney for the Western District of New York from 2010 to 2016 in the administration of President Barack Obama. 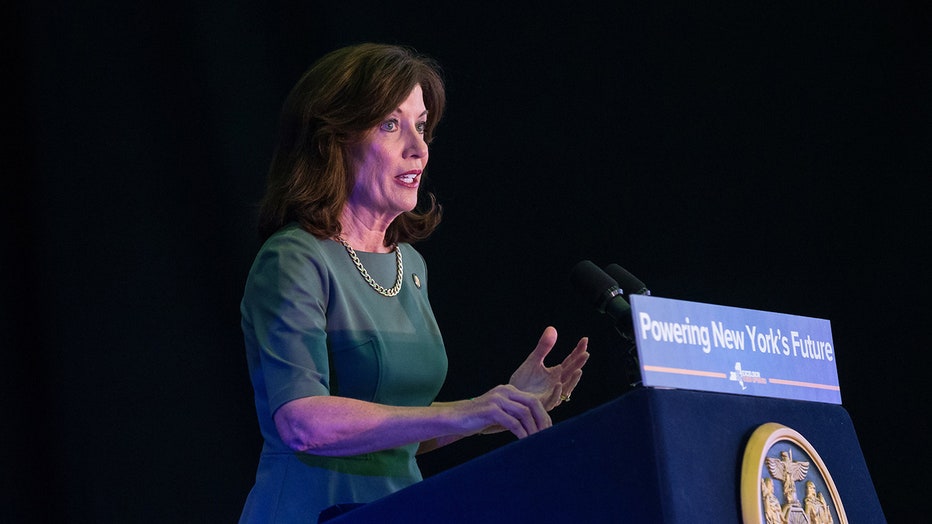 These are from About Kathleen C. Hochul:

"As Lieutenant Governor, Hochul is liaison to New York’s federal representatives in Washington, D.C. From 2011 to 2013, she served in the U.S. House representing New York’s 26th Congressional District. Then Congresswoman Hochul served on the House Armed Services and Homeland Security Committees, traveling to Afghanistan to confer with military leaders and meet with active duty men and women. Her focus in Congress was job creation and bridging the skills gap by bringing together business and academia, and creating opportunities for returning veterans."