Rock &amp; Roll Hall of Famer Steven Van Zandt spoke to FOX 5 NY about his TeachRock program, which is helping Connecticut school kids get back to learning.

Connecticut is turning to music in an effort to get kids more interested in school and help combat the learning loss suffered during the coronavirus pandemic.

Gov. Ned Lamont and state education officials announced Tuesday that Connecticut's public schools will be integrating a curriculum called TeachRock, the brainchild of Rock & Roll Hall of Famer Steven Van Zandt and his nonprofit organization, the Rock and Roll Forever Foundation. The curriculum includes lesson plans in most subjects, tailored to different grade levels, all viewed through the lens of music.

Subjects include things like the Vietnam War and protest music, Langston Hughes' poetry and the blues and hip-hop and its influence on politics.

"Statistics show that if a kid likes one single teacher or one single class, they will come to school, and we want to be that class," Van Zandt said. "The days of dragging young people to some old-school education methodology I think are over."

Lamont said the program ties in perfectly with his push to re-engage children who may have fallen behind during the pandemic or have been absent from school altogether. TeachRock can help get kids smiling again and excited about learning, he said. 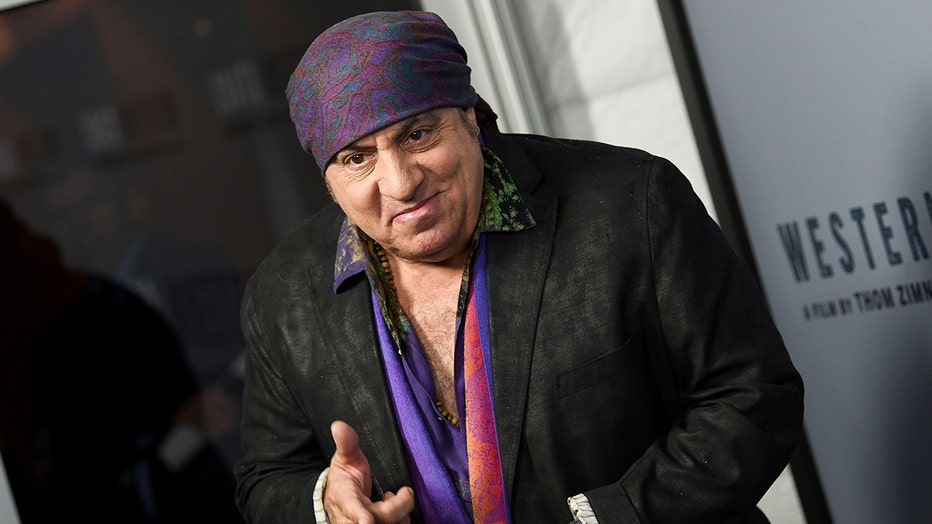 "As Steven said, there's nothing better than music to make them do that," Lamont said. "It just lets out a big sigh of relief and then along the way you're learning a little bit about history, a little bit about culture, maybe you're hearing some lyrics that speak to you and you share that with a friend. I think it's just what we need right now."

The program will start with a cohort of 10 Connecticut school districts who must apply to participate in the program. It is designed to expand every school year.

Van Zandt and the TeachRock board, which includes his E Street band partner Bruce Springsteen, Jackson Browne, Martin Scorsese and Bono, developed the curriculum over 15 years with the help of education experts.

Van Zandt said it is a response to the No Child Left Behind push, which he said pushed the arts out of schools in favor of test-based results in core subjects.

His organization says more than 40,000 teachers in thousands of school districts have registered to use lessons from the program, but Connecticut is the first state to partner with TeachRock.

Van Zandt said there are no hard statistics yet on whether the program has had an impact on problems such as student retention and graduation rates, but he's hopeful.

"It's just a matter of finding that common ground with a kid," he said. "They are ready to be educated. You don't have to talk kids into being curious. You just have to find something they are curious about."