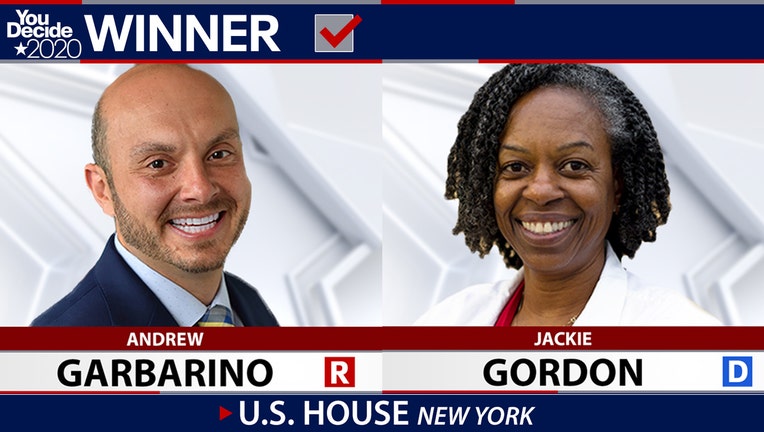 After serving 14 terms in Congress, King decided to not seek re-election. He campaigned hard for Garbarino, 36, who presented himself as King's natural successor — someone who appeals to white blue-collar suburban voters, many of whom have voted for Democrats, including Barack Obama for president.

Garbarino also said he would work on legislation to protect the environment and fight the opioid crisis.

"We're focusing on a COVID relief bill to help municipalities so we don't have to lay-off workers and increase taxes, repealing SALT tax deduction and an infrastructure spending bill," he told FOX 5 NY in October.

Gordon's platform was centered on creating jobs and focusing on clean and renewable energy options.

"We need to preserve and protect the Affordable Care Act, bring down the cost of prescription drugs and ensure protections with preexisting conditions," she said in October.

Gordon, 55, an immigrant from Jamaica, grew up in Queens. She served as an officer in the military for 29 years with tours in Iraq, Afghanistan, and Guantanamo Bay. In 2014, she retired from the Army Reserve as a lieutenant colonel.

Although registered Democrats slightly outnumber Republicans in the district, the seat was long considered safe for the GOP due to King's bipartisan appeal. His absence from the ballot turned the race into a tossup and prompted millions in spending.