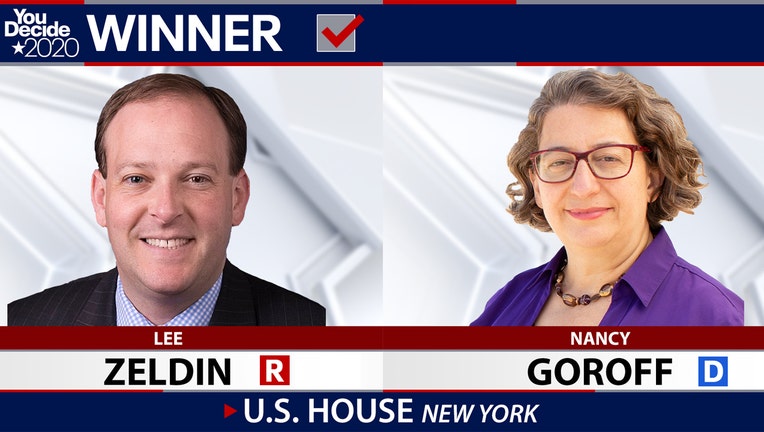 The Zeldin-Goroff race turned into a kind of referendum on President Donald Trump's response to the coronavirus pandemic and the Black Lives Matter movement.

In a speech to the Republican National Convention, Zeldin, 40, called the president's handling of the COVID-19 crisis "phenomenal."

An Iraq War veteran, Zeldin, who is a lieutenant colonel in the U.S. Army Reserve, also campaigned as tough on defense, immigration, and crime. He described Goroff as a "radical professor" who attended a Black Lives Matter march.

"Taxes, jobs, the economy — that's the bread and butter what I've been focused on the most but national security, defeating MS13, securing borders, taking care of military, veterans, police," Zeldin said in the final week of the campaign.

Goroff, 52, said she entered the race because of Zeldin's ties to Trump.

"The congressman has chosen to defend a president who has really been reckless and incompetent in this whole pandemic," she told FOX 5 NY last week. "Our kids deserve to live in a world where the government is trying to make people's lives better and policy decisions are based on facts and reality."

Zeldin has said he is willing to work with anyone to find common ground to get things done.

New York's 1st Congressional District covers a large swath of Suffolk County from Brookhaven to Montauk. Suffolk is a so-called pivot county, according to Ballotpedia. Pivot counties are those that voted for Barack Obama in both 2008 and 2012 but flipped to Donald Trump in 2016.