Rep. Max Rose, a Democrat, is in a tough fight for reelection against Republican Nicole Malliotakis, a member of the state Assembly,

NEW YORK - Rep. Max Rose, a Democrat, is in a tough fight for reelection in New York City's only congressional district that was considered a competitive race.

Rose, a first-term congressman, said it was too early to declare a winner. The AP has not called the race yet.

Rose, 33, flipped the seat in 2018 during the Democratic midterm takeover in the House. Rose has slammed Mayor Bill de Blasio, a fellow Democrat, as did Malliotakis.

"Bill de Blasio is the worst mayor in the history of New York City," Rose said in a digital ad that dropped in September. 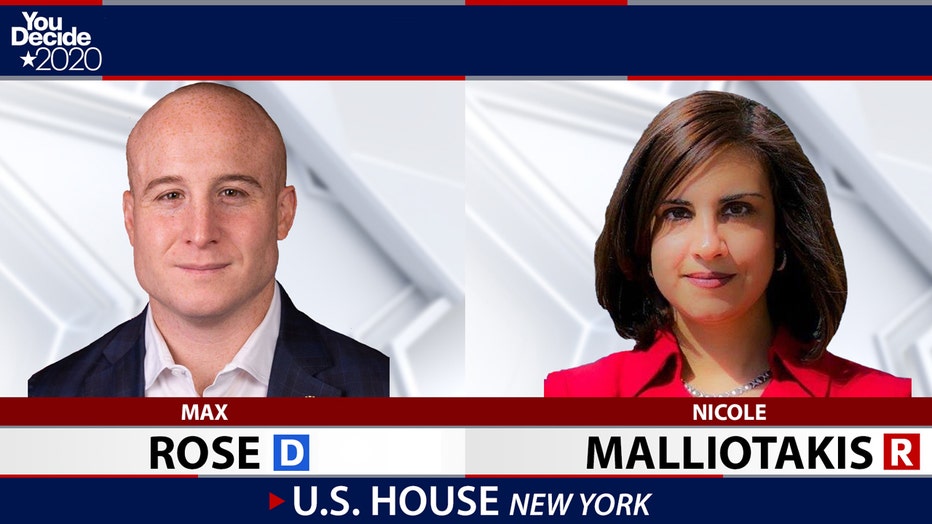 The mayor is virtually a pariah in New York's 11th Congressional District, which favored Trump in 2016. It encompasses all of Staten Island and a slice of southern Brooklyn on the other side of the Verrazzano-Narrows Bridge.

In her own TV ad, Malliotakis said, "Everybody knows Bill de Blasio is the country's most radical mayor."

Rose is a captain in the Army National Guard who deployed earlier this year in support of the military's COVID-19 pandemic response. While serving in Afghanistan with the Army, Rose was wounded in an IED attack. His decorations include the Bronze Star, Purple Heart, and Ranger tab, according to his official bio.

Malliotakis, 39, has served in Albany since 2013. She campaigned by painting Rose as a liberal out of touch with the district's values. She tried to link him to his fellow freshman member of Congress Alexandria Ocasio-Cortez, a self-described democratic socialist.

"To me, this is a very important election because we do have people who are pushing a socialist agenda," Malliotakis said at a September campaign rally where she brought out her mother, Vera, who fled Cuba in 1959.

She ran with support from Trump, who carried the district in 2016 over Hillary Clinton.

After Rose, who bills himself as a moderate, initially said in late 2019 that he didn't support the impeachment inquiry into the president, he later changed course and voted for the articles of impeachment, which angered many of his constituents.

The two candidates took sharp swipes at each other during the campaign, which was marked by a barrage of negative advertisements.

One Malliotakis ad called Rose "radically dangerous" in his views on policing while the Democrat's own spot labeled the assemblywoman a "first-class fraud."