HUDSON COUNTY, N.J. - After storms soaked the ground on Wednesday, another round of showers and thunderstorms from mid-afternoon to evening on Thursday could pose a flood risk in parts of New Jersey and New York that experienced some flooding the day before.

"Another round of showers and thunderstorms is likely from mid afternoon into early evening Thursday, and areas that experienced flooding on Wednesday may have additional flooding concerns," the National Weather Service said in a post. "A few strong to severe thunderstorms can also not be ruled out, especially south and west of New York City."

A day of wild weather isn't quite over yet, with more showers and storms rolling through the area but just be patient, as there's a gorgeous weekend waiting for us.

Here is a summary of the active weather alerts.

National Weather Service says there is a significant threat to property or life in Westchester County, Bergen County.

National Weather Service says there is a significant threat to property or life in Monmouth County, Ocean County, Salem County. 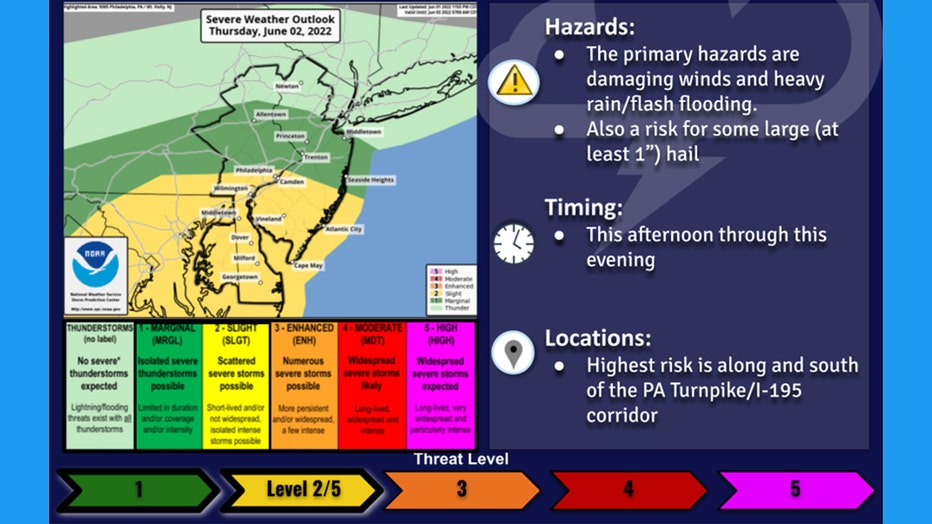 The sun was shining on much of the New York City area but that did not last.

"However, with a rather soupy air mass in place, this will serve to generate instability and fuel scattered to widespread showers and storms by later afternoon, especially south," the National Weather Service's Mount Holly office tweeted.

In response to a tweet asking if more sunshine means more severe storms, the Mount Holly office replied: "In general yes, although the severe risk hasn't really changed versus earlier expectations since the sunshine was expected. But we do expect storm coverage to be pretty widespread this afternoon and early evening."

The National Weather Service's New York office forecast showers and thunderstorms from late afternoon through the evening with an average rainfall of up to 1 inch. Some places could get up to 2 inches. Also, an isolated strong to severe storm is possible, especially south and west of New York City. 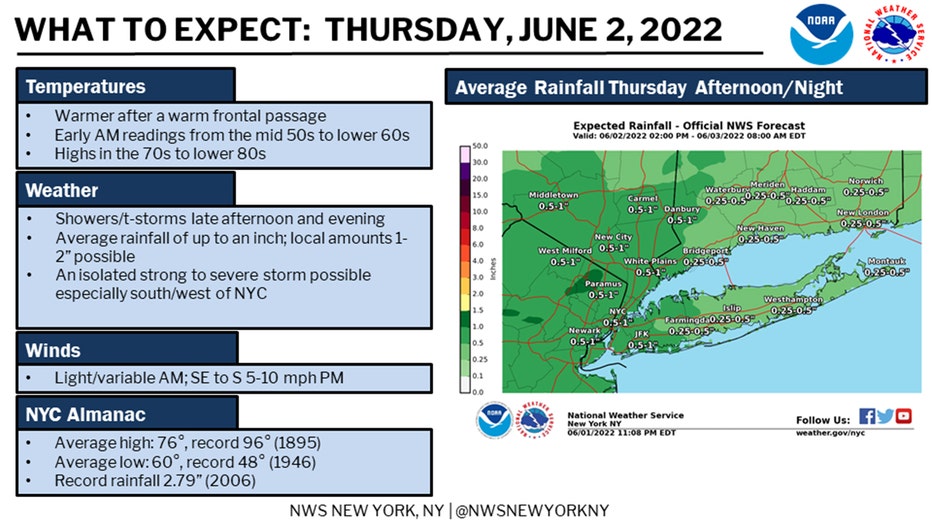 When to Expect It

Where to Expect It