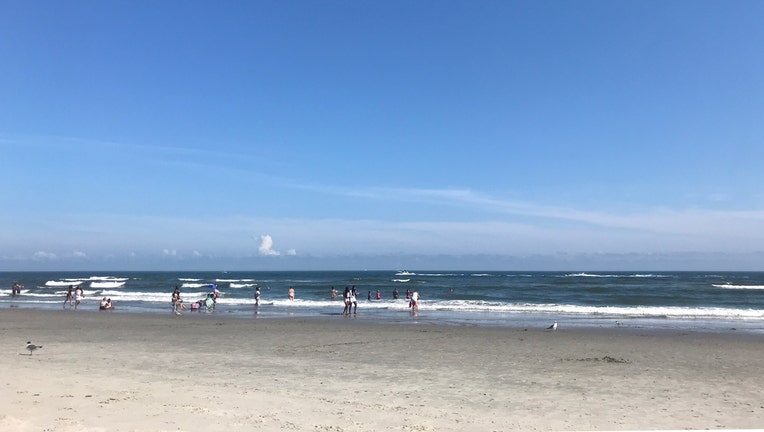 Testifying Thursday to a joint state Senate-Assembly panel on coastal issues, Shawn LaTourette, the commissioner of Environmental Protection, said New Jersey is not where it needs to be in the face of a warming planet and rising seas.

"We should all be alarmed," he said. "We are not ready. But empowered by sound science, we can get ready. We have the power now to change this."

LaTourette noted that the state is coming up on the anniversary of Hurricane Ida, which he said was responsible for 30 deaths in the state.

He said rainfall has increased over the last 23 years by between 2% to 10% in the state, with larger percentage increases forecasted for the near-term future.

"The Idas and the Sandys will come," he said. "We need to plan for it."

LaTourette said the state needs to combine engineered projects such as bulkheads, replenished beaches and other hard barriers with natural solutions, including restoring marshes and wetlands to absorb floodwaters and blunt the force of storm waves.

In April 2021, the state proposed an ambitious resiliency plan aiming to incorporate the impacts of climate change and rising seas into all its major policy decisions in the near future and seeking to share the costs of protecting the state among all levels of government and the private sector.

The plan seeks to incentivize people to move from flood-prone areas to safer ones, help low-income communities that are the least able to respond to the effects of climate change and seek new funding for resiliency measures.

LaTourette said conditions "will only get worse" in years to come, and that even if the state fully adopted nuclear, wind and solar power, it still would not offset the damage already done to the environment by past emissions of planet-warming greenhouse gases.

"We could do all that tomorrow, and conditions still would get worse," he said. "We have no choice but to become resilient. These alarming conditions are exactly what scientists and the DEP said were coming."

As temperatures warm up, it my be time to stock up on allergy medication, as experts warn that pollen will start making its appearances earlier in the year and sticking around longer. Climate change, they say, is to blame.

Eric Olsen, director of conservation programs with The Nature Conservancy, called on the state to make a major push to restore salt marshes and wetlands.

Raymond Cantor, vice president of government affairs at the New Jersey Business & Industry Association, said climate change and rising sea levels are real and are occurring now. But he also urged the elected officials not to go too far with proposed solutions.

"There is no need at this moment to retreat from the Jersey Shore," he said.

Tom Fote of the Jersey Coast Anglers Association said warming ocean temperatures are negatively impacting fishing off the state's coast, pushing cold-water species out and bringing in others that never used to be found this far north.

"We had a viable lobster industry, and we've seen that collapse," he said. "We have a manatee that usually lives in Florida that makes a trip to New Jersey each year."

LaTourette said the state, its residents and businesses need to summon "political courage" to address resiliency challenges that could take years to show benefits.

"If you hear urgency in my voice, it's because we are not ready," he said. "But we can be."