Far Rockaway families without heat and hot water after flooding

New Yorkers who are still cleaning up after the winter storm that caused coastal flooding in some parts of the city say they haven't received the help state officials promised.

NEW YORK - A blast of arctic air is enveloping the New York City area this weekend after a battering winter storm knocked out power to hundreds of thousands of homes and businesses across the United States on Saturday, left millions more to worry about the prospect of further outages and crippled emergency response efforts and an airport in snowbound New York state.

"The entire state is currently facing extreme cold conditions," governor Kathy Hochul said in a series of tweets. "In New York City, there was significant coastal flooding yesterday before the flash freeze hit. he main hazard remains the temperature, and the city has opened all Code Blue warming shelters for those in need - call 311 if you need help finding a shelter."

According to the National Weather Service, below-freezing temperatures are expected to remain in the area until Tuesday, with much of New York City expected to see sub-zero wind chills Saturday evening into Sunday morning that could make it feel as cold as 5 below zero.

The winter storm that slammed the northeast on Thursday night into Friday caused major flooding in coastal communities across the tri-state area this weekend.

The NYPD called for a Level 3 mobilization in Howard Beach, Queens to deal with issues caused by flooding, with the area near Crossbay Boulevard left submerged.

The winter storm has caused travel issues in the sky and on the roads, with thousands of flights cancelled as thousands of people try to just get home for the holidays.

Residents in Far Rockaway were in cleanup mode after the torrential downpours, leaving people's cars filled with water and destroyed.

RELATED: Warming up your car in cold weather can damage your engine. Here's what to do instead

The NYC Emergency Management Department had issued a travel advisory for the rest of Friday for neighborhoods in southern Queens, including the Rockaways.

The city has also opened service centers in Hamilton beach and in the Rockaways to help provide hotels and cleaning kits.

Meanwhile, in New Jersey, flooding in Hoboken caused 20-minute delays in and out of Hoboken terminal, but service into and out of Penn Station remained on or close to schedule.

In Edgewater, cars were submerged by rising water as some parts of northern New Jersey saw half a month's worth of rainfall overnight.

There were also several reports of passengers being stuck on the tarmac overnight at NYC airports for several hours.

Across the United States, the storm downed power lines, littered highways with piles of cars in deadly accidents and led to mass flight cancelations.

The storm was nearly unprecedented in its scope, stretching from the Great Lakes near Canada to the Rio Grande along the border with Mexico. About 60% of the U.S. population faced some sort of winter weather advisory or warning, and temperatures plummeted drastically below normal from east of the Rocky Mountains to the Appalachians, the National Weather Service said. 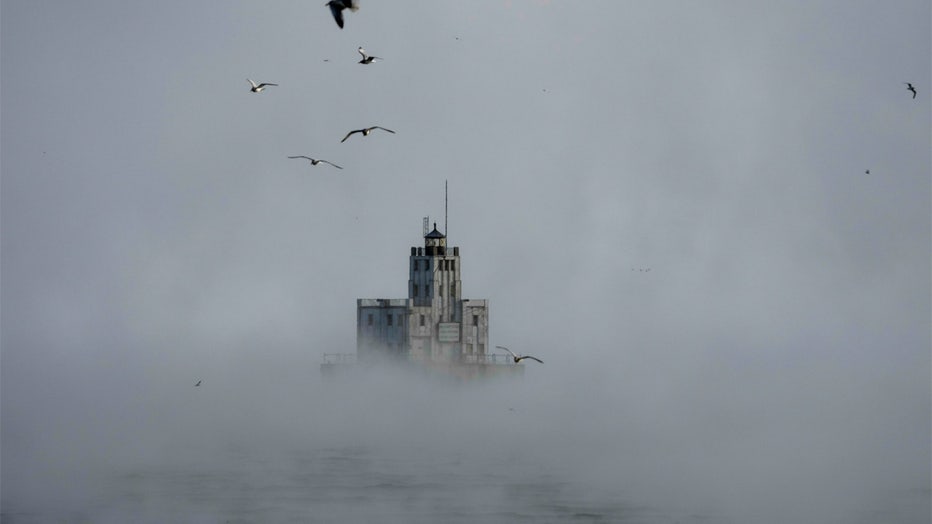 Freezing rain coated much of the Pacific Northwest in a layer of ice, while people in the Northeast faced the threat of coastal and inland flooding.

The frigid temperatures and gusty winds were expected to produce "dangerously cold wind chills across much of the central and eastern U.S. this holiday weekend," the weather service said, adding that the conditions "will create a potentially life-threatening hazard for travelers that become stranded."

"In some areas, being outdoors could lead to frostbite in minutes," it said.

Adding to the woes were power outages that by late Friday were still affecting more than a million homes and businesses, according to the website PowerOutage, which tracks utility reports.

As millions of Americans were traveling ahead of Christmas, more than 5,700 flights within, into or out of the U.S. were canceled Friday, according to the tracking site FlightAware.

Forecasters said a bomb cyclone — when atmospheric pressure drops very quickly in a strong storm — had developed near the Great Lakes, stirring up blizzard conditions, including heavy winds and snow. 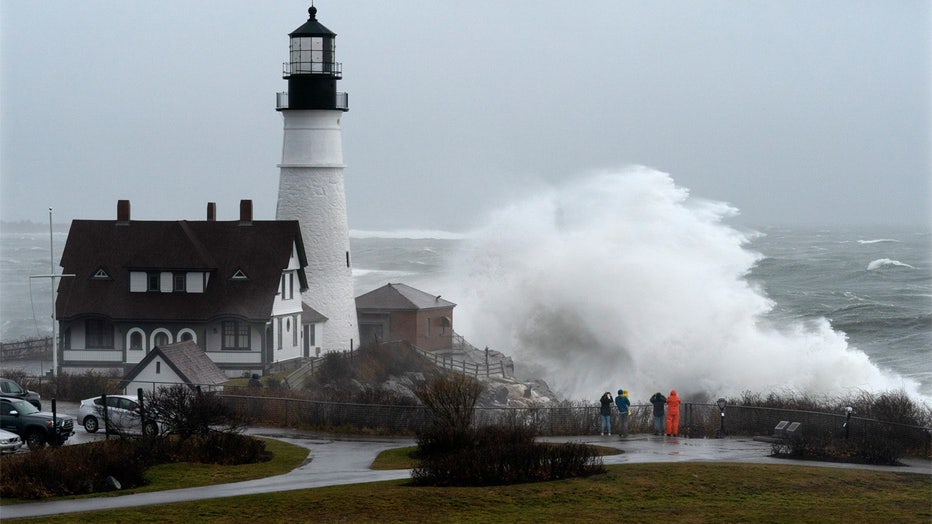 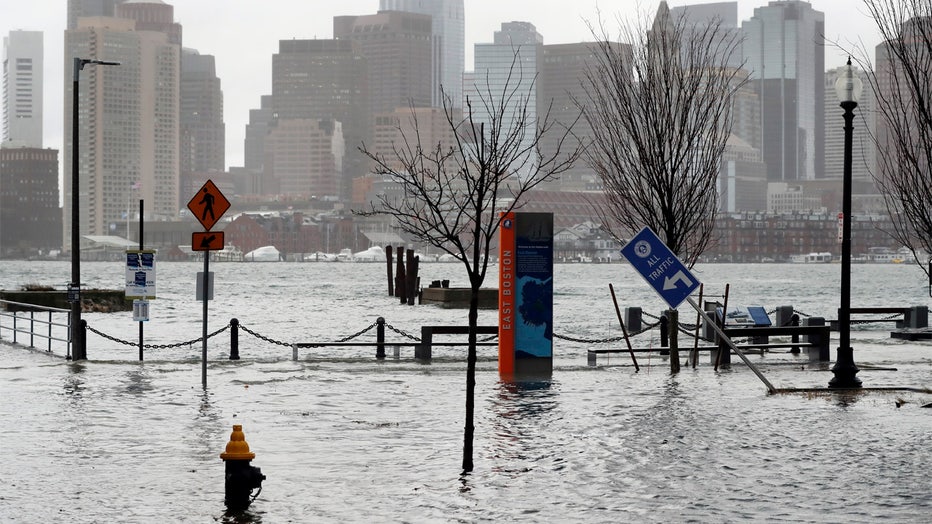 Water floods a street during high tide, Friday, Dec. 23, 2022, in the East Boston neighborhood of Boston. Winter weather is blanketing the U.S. More than 200 million people — about 60% of the U.S. population — were under some form of winter weather a

In Boston, rain combined with a high tide, flooded some downtown streets on Friday.

HEATHER HOLLINGSWORTH and JILL BLEED with the Associated Press helped contribute to this report.