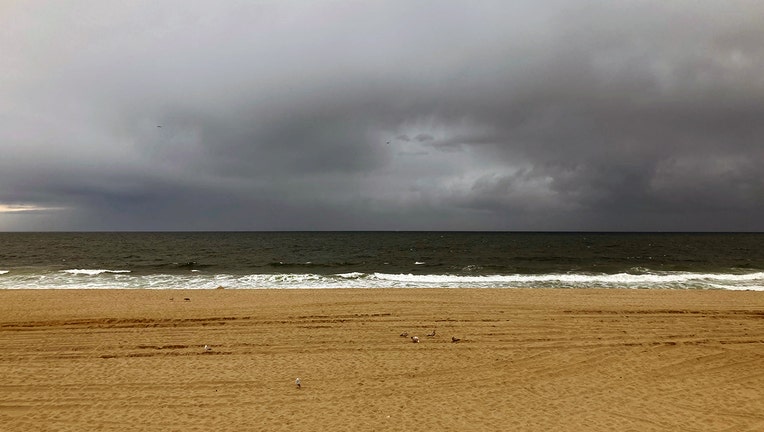 DEAL, N.J. (AP) - A coalition of environmental and fishing groups says New Jersey should drop a plan to double the amount of money it spends on beach replenishment, asserting that money could be better spent on more effective ways to protect the state from climate change.

Standing on a beach in Deal, a Monmouth County shore town due to get new sand as part of a $26 million replenishment project next month, the groups on Thursday decried New Jersey's plan to increase the amount of money it spends on shore protection from $25 million to $50 million a year.

They say that money would be better spent on measures to address repetitive flooding in the northern and central parts of the state along the Raritan and other rivers that often sustain catastrophic damage during storms like Tropical Storm Ida.

"Given what just happened with Ida, if the state has an extra $25 million to spend on resiliency or preparing for climate change impacts, should we really be spending it putting sand on the beach in front of wealthy peoples' second homes?'' asked Mike Castellano, chairman of the Jersey Shore chapter of the Surfrider Foundation.

Twenty-one groups signed a statement urging the state to reject a bill already passed by the state Senate but awaiting action in the Assembly that would double shore protection funding. That money is used in part for the state's share of beach replenishment work, which is 65% funded by the federal government.

"Beach replenishment is not the ultimate solution for dealing with climate change, storm surges and sea level rise," said Taylor McFarland, acting director of the New Jersey Sierra Club. "We have continued to watch failed beach replenishment projects pump millions of dollars of sand out on beaches that just washed away in the next storm."

New Jersey is already acting to address climate change, requiring that it be taken into consideration in all its major policy decisions. In releasing a resiliency strategy in April, the state Department of Environmental Protection warned that it will grow increasingly difficult to live near the shore and recommended incentives for people to move away from the riskiest areas.

And the state, for the first time, acknowledged a potentially unpopular truth: it does not have enough money and resources to build shore protection projects in every vulnerable area along the coast.

Assemblyman Vince Mazzeo, a primary sponsor of the beach funding bill, had no immediate comment Thursday on the coalition's criticism.

Fishing groups said beach replenishment, in which massive amounts of sand are pumped from far offshore onto beaches, smothers and kills marine life, as well as harming the ocean floor in areas from which the sand is taken.

Environmentalists recommended using much or all of the extra $25 million to expand the state's Blue Acres program, which pays to buy and demolish homes in areas that repeatedly flood. Of the hundreds of homes bought and razed thus far, none has been along the ocean because owners have been unwilling to part with the valuable real estate.

John Weber, a Bradley beach councilman and Surfrider Foundation official, suggested the creation of a special taxation district encompassing the oceanfront homes that benefit from beach replenishment, with the resulting money being used to help pay for the cost of the work.

"We have to acknowledge the original sin: we built too close to the ocean," he said. "If we can't admit that, then we get into the mindset of building up the beach and putting more sand on the beach, which is not a long-term solution."