The MTA gave a tour to Gov. Kathy Hochul and other elected officials of the site of the Second Avenue subway expansion that would extend the line to 125th Street in East Harlem.

NEW YORK - It is a $6 billion dream that has waited decades to come true. The next phase of the Second Avenue subway looks like it is finally moving forward. Gov. Kathy Hochul toured the tunnel north of 96th Street in East Harlem on Tuesday, flanked by congressional leaders and MTA officials.

Now that President Joe Biden has signed the federal Infrastructure Investment and Jobs Act, which will provide $23 billion in new grant opportunities for transit expansion, state leaders are hopeful that the money needed for the next phase will be approved no later than early 2022.

"President Joe Biden with the stroke of a pen ensured there would be transformational, historic investments in infrastructure that have been long overdue," Hochul said. "When I was a 20-something staffer working for Senator [Daniel Patrick] Moynihan, he used to talk about these projects when he served on the Infrastructure Committee. The dream has always been there but the money never matched the dream. That era is now over."

Construction on the Second Avenue subway tunnel first started in the 1970s but the work was halted during the 1975 financial crash. At least eight governors have tried to tackle this project throughout the years but so far only Phase 1 has been completed. The first phase extended the Q line from 63rd Street to 96th Street and was New York City's biggest expansion of the subway system in 50 years.

Phase 2 will expand service to 125th Street, which is approximately 1.5 miles. New stations will be built at 106th Street and 116th Street on Second Avenue and 125th Street at Park Avenue. The extension is projected to serve an additional 100,000 daily riders.

"Transit equity is the center of your vision of rebuilding transportation and we stand ready. We believe that if we have the right signals from Washington, we could be under construction in less than a year, moving this thing forward," Lieber said. "We're going to do it differently, smartly, and hopefully work more efficiently than some of the projects in the past."

Phase 2 comes with a hefty price tag: more than $6 billion, which is $2 billion more than Phase 1 cost.

Once construction officially starts, MTA officials expect it will be completed in about six to eight years. 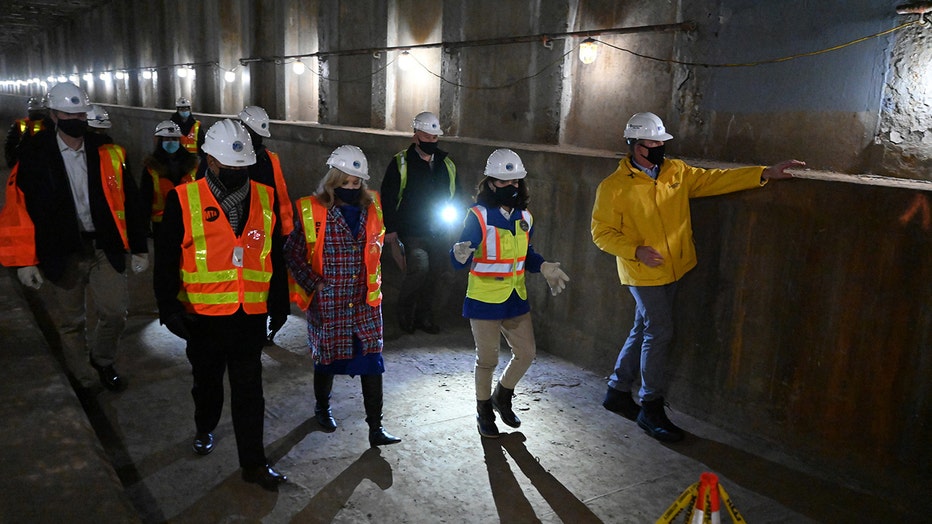