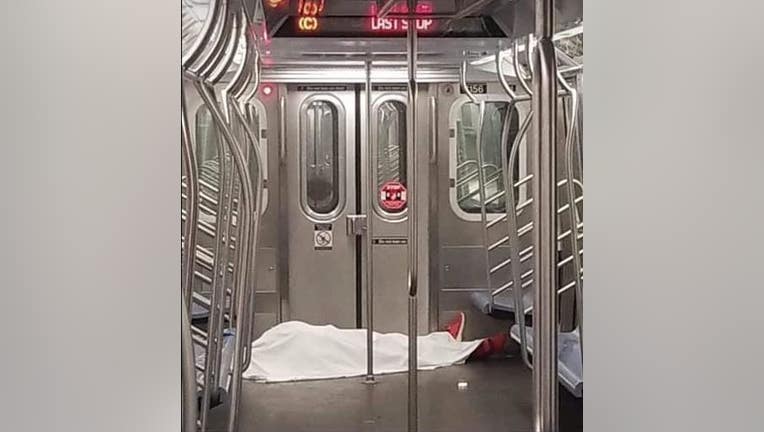 NEW YORK - Two men, both believed to be homeless, were found dead in New York City subway trains in less than 24 hours over the weekend.

The first incident happened Friday night at the 168th St. station in Manhattan's Washington Heights section.  The NYPD says that transit workers found a 56-year-old man dead on a C train at the station.

The second incident happened on Saturday morning at about 8:20 a.m.  61-year-old Robert Mangual was found on the floor of a 4 train at the Utica Ave. station in Brooklyn.  A rider called 911 and EMS responders found that he was dead.

Their causes of death have not been determined, a spokeswoman for the city medical examiner's office said Monday.

In a similar incident last month, a man was found dead on an N train in the Astoria section of Queens.  Passengers reported an unconscious person on the train at the Ditmars Boulevard Station.  He was already dead when EMS arrived.

Subway ridership has plummeted more than 90% due to the coronavirus outbreak in New York City but there has been an uptick of homeless people literally moving into trains during the pandemic.

"Our customers should not have to board a car that’s being used as a shelter," acting New York City Transit President Sarah Feinberg said last week.

Gov. Andrew Cuomo announced that subway service would shut off nightly from 1 a.m. until 5 a.m. so that MTA workers could clean all trains once a day due to fears that coronavirus could spread.

"You have to disinfect every place a hand could touch on a subway car. Every rail, every pole, every door," Cuomo said. "Or, coughing, sneezing, wherever droplets could land."

New York City says it is creating 200 new so-called Safe haven beds in an effort to get homeless people out of the subway system.

37 deaths have been confirmed in the subway system so far this year.  That's up from 28 in the same period last year.