The Manhattan Institute says their survey found that 42 percent of New Yorkers say NYC is headed in the wrong direction.

NEW YORK - A survey of New York City residents found that they are divided and pessimistic in how they feel the city is headed as it continues to fight the coronavirus pandemic.

The survey found that the most popular attributes that make the city what it is known for are at risk due to current conditions.

According to the Manhattan Institute, of the 1,485 New Yorkers surveyed in July,  42% believe that the city is headed in the wrong direction. 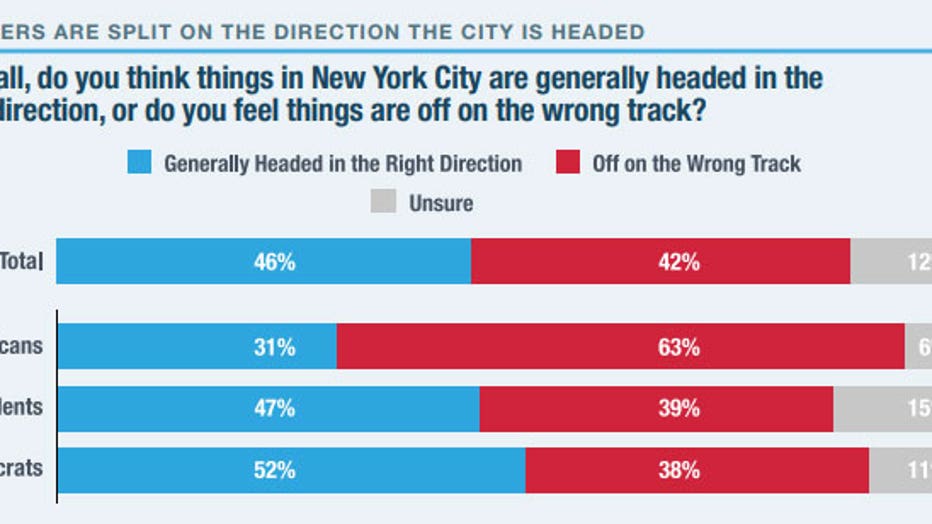 Fueling those perceptions are things like the economy with 22% saying it's the biggest problem affecting the city. 21% said they were concerned about crime and public safety. Race relations and health care followed at 12% and 11%, respectively.

Transportation, another hot button issue among New Yorkers, was viewed as positive despite ridership being at record lows. 37% of mass transit users say the service is good or very good. Surprisingly, the Metropolitan Transportation Authority was given an approval rating of 60%.

The survey found that two in five New Yorkers say that they would leave the city if they had the ability to live anywhere they wanted.

Perhaps not surprising is the number of home sales outside New York City as reports emerge about New Yorkers fleeing for more living space and because of the pandemic.

Vacancy rates are rising in New York City as more people choose to leave. But the coronavirus isn’t the only reason people are departing.

There was a 44% increase in home sales in the suburbs compared to the same time period last year.

Lowering taxes was the most popular policy idea tested in the survey with 75% saying that they would support lowering city taxes.

The New Yorkers surveyed were selected by dialing random phone numbers. The survey has a margin of error of plus or minus three percent.