Crime has spiked on MTA subways and buses in the past year. MTA Chairman said his agency needs more support from the NYPD.

NEW YORK - Police in New York were looking for a woman who pushed another woman onto the subway tracks at a Bronx subway station.  It's just the latest in a string of recent attacks across the mass transit system in New York City.

It happened Tuesday around 7:50 a.m. at the 174 Street Station.  The 54-year-old victim was standing on the platform of the 2/5 lines when the unidentified female pushed her onto the tracks in an unprovoked attack.

A man who was also waiting for a train helped the victim out of the train bed. EMS took her to St. Barnabas Hospital in stable condition.

The unidentified attacker left the subway system and walked down Southern Boulevard. The NYPD says he was seen inside of a bodega shortly after the incident.

There has a rash of recent subway assaults including five slashings in the past week. The police union says that crime is on the increase despite ridership being down almost 70% since the start of the pandemic.  Felonies are up a reported 13%.

The MTA, which runs the New York City subway system, is pleading for help.

"What we need is additional support from our partners at the NYPD," MTA Chairman Patrick Foye said.

Another problem is homelessness in the subway system.

Mentally ill people are believed to be responsible for some recent attacks.

The mayor, though, says the subway system is safe and better than before.

"The subways over years, and years and years have gotten safer," Mayor Bill de Blasio says. 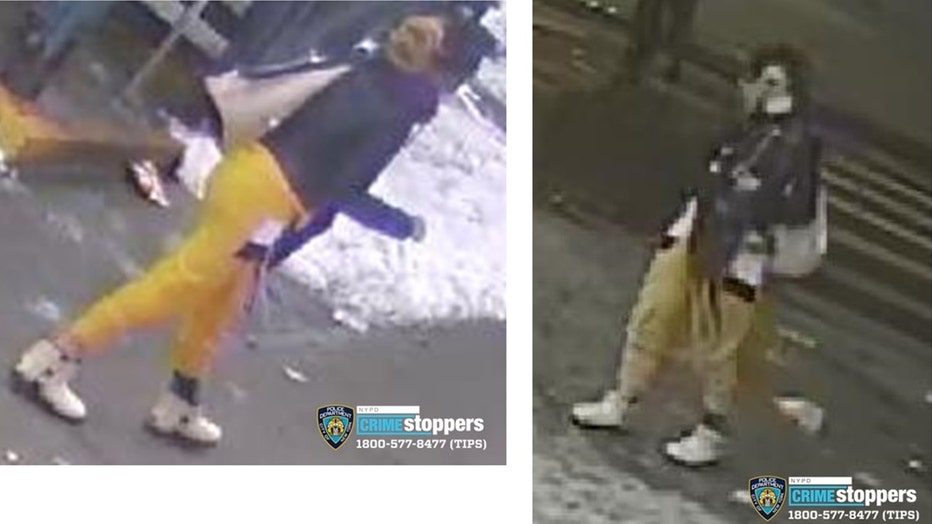 The NYPD released a photo of a woman wanted for pushing another woman onto the subway tracks.