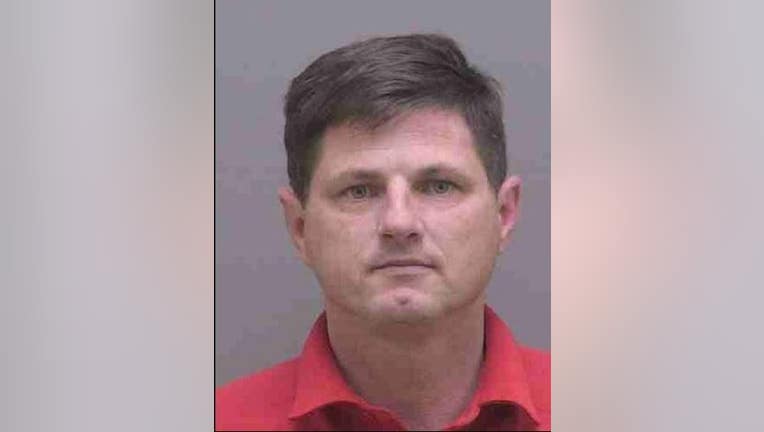 Wright ran into the stands and hit the man in the head before the two began wrestling in the stands, according to the deputy.

LINCOLNTON, N.C. - A winless North Carolina high school basketball coach assaulted a heckler who raised his hand to admit he had made the comment, a sheriff's office said.

The Lincoln County Sheriff's Office said in a news release posted to social media that one of its deputies working security at the game heard the man yell at Chadwick Rock Wright, 48, after the West Lincoln boys lost their 13th game of the season Tuesday night.

The deputy said a man in a group of people raised his hand and said he made the remark. Wright ran into the stands and hit the man in the head before the two began wrestling in the stands, according to the deputy. A woman then began taunting the coach and was pulled into the scuffle, authorities said.

The sheriff's office said Wright is charged with one misdemeanor count each of assault on a female, simple assault and battery and disorderly conduct. He was released on a $1,500 secured bond.

The Charlotte Observer reported that West Lincoln athletics director David Avery said Wright, in his first year as head coach at the school, has been placed on administrative leave with pay from Lincoln County Schools.

It's not known if Wright has an attorney.