Naming a variant after a country may actually be inaccurate. The WHO advocates using the Greek alphabet to designate variants.

NEW YORK - Some of the major COVID-19 variants have been connected with the United Kingdom, Brazil, India, and South Africa. Each one attaches the virus to a geographic area and the people who live there.

The World Health Organization is now renaming the variants to avoid stigmatizing and blaming countries. Letters of the Greek alphabet will be used to name the variants. The U.K. variant is now known as Alpha. The South African variant is Beta. Brazil is Gamma and India is Delta.

"We know that names are powerful and by switching to a more neutral terminology, I think it will be beneficial for communication," said Dr. Danielle Ompad, an epidemiologist and an associate professor at the NYU School of Global Public Health.

Former President Donald Trump referred to the coronavirus as the "China virus." In the months that followed, the number of hate crimes against Asian Americans skyrocketed.

"Our entire city, our entire country has witnessed first-hand the racist impact of naming variants by country," said Jo-Ann Yoo, the executive director of the Asian American Federation.

She said she feels that renaming the virus variants using Greek letters is the best way to protect the public from discrimination and blame.

"You neutralize the potential damage," she said.

It is also important to point out that naming a variant after a country may actually be inaccurate, Ompad said.

"Just because a virus variant is named after a particular country — like the Brazil variant or the U.K. variant — doesn't mean it actually emerged in that country," she said. "That is just the country where the variant was first detected." 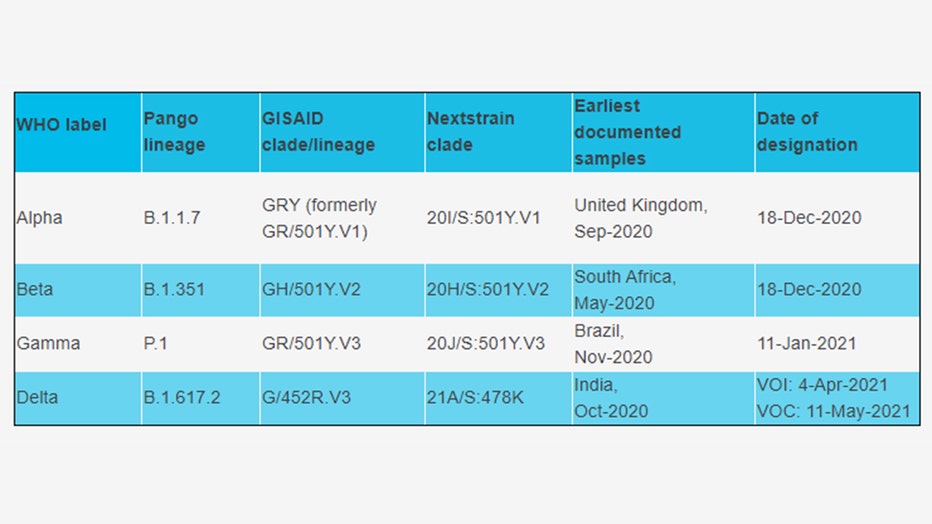 Nomenclature for variants of concern. (Courtesy of WHO) 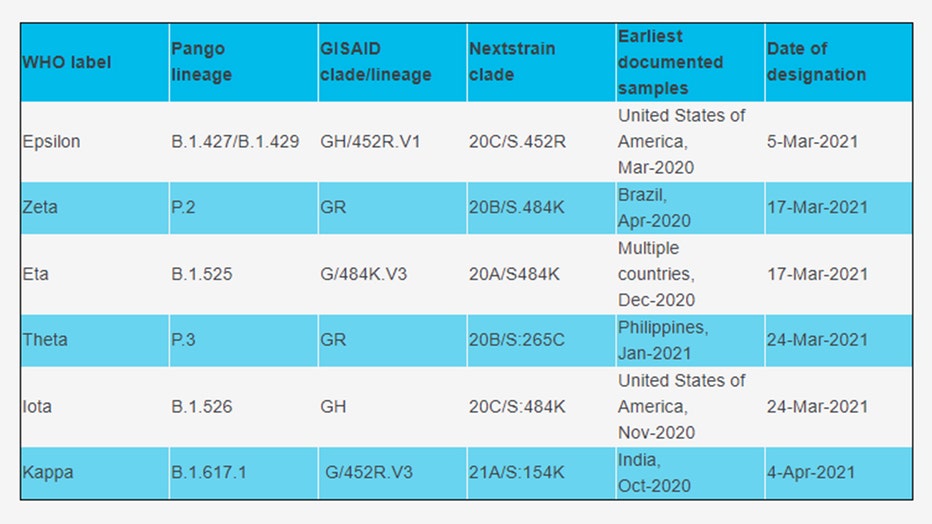 Nomenclature of variants of interest. (Courtesy of WHO)