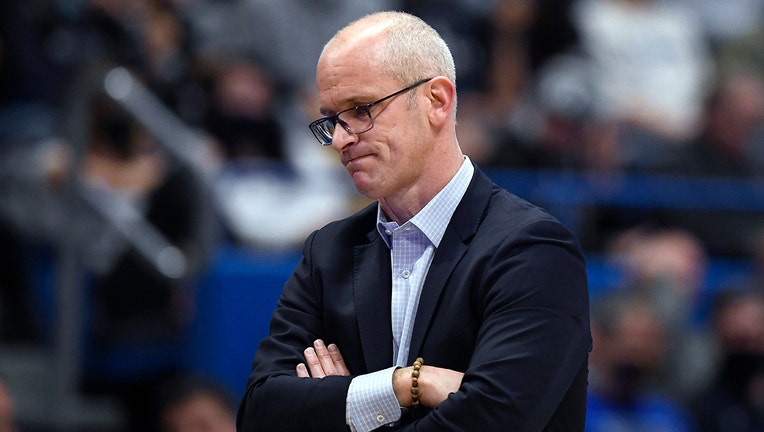 STORRS, Conn. (AP) - UConn coach Dan Hurley was reveling in the return of basketball this season — the ability to travel to a tournament his team played in the Bahamas, the loud crowds at home and away games — when just before Christmas he began feeling sick.

Like many other programs, the Huskies (10-3) are now in a pause because of COVID-19, with Hurley, other staff members and nine players having tested positive or showing symptoms, so far. Two games have been canceled or postponed.

Since the season began Nov. 9, more than 190 men's Division I basketball games and more than 160 women's D-I games have been canceled or postponed due to COVID-19. The majority came after mid-December, with several stretching into the new year.

Like last year, the pandemic is again taking a mental as well as a physical toll, Hurley said Thursday, speaking from home where he is isolated with other family members, who also have the virus.

"Pausing again and that feeling of being isolated and away from your team and the season and your purpose, starts to weigh on you," he said.

Hurley said it is clear that even if UConn has enough players to suit up for their next scheduled game at Seton Hall on Jan. 8, they won't be at full strength, because of the staggered nature of people testing positive.

Hurley said there has been talk around the Big East about instituting a five-day rather than 10-day quarantine for players who come down with COVID-19, as recommended by the Centers for Disease Control and Prevention. But, because of all the public health and political officials who would have to sign on to that, he's not clear as to how soon that can happen.

"There's a sense, I think, of getting through the first six weeks of I don't know, 13 games, that we were kind of in the clear with this," Hurley said. "It's been a real humbling reminder."

Hurley, who said he's been feeling better over the last day, has been trying to keep spirts up on his team, telling them that since everyone is getting the virus now, and everyone is vaccinated they've got a good chance of being healthy the rest of the season - at least he hopes so.

"This should be our last pause, hopefully," Hurley said. "Or, I'm telling them this is our last pause and that we're going to play out the rest of the way. I think that's what's keeping everybody going."