Vice President Kamala Harris talks about the U.S. travel restriction from India going into effect May 4. She also says the U.S. is sending aid to India, which is dealing with a devastating COVID surge.

The United States will restrict travel from India starting on Tuesday, May 4, in the wake of a devastating rise in COVID-19 cases there in recent weeks. President Joe Biden's administration made the decision based on the CDC's advice, according to the White House.

Vice President Kamala Harris confirmed the impending move and said the U.S. is stepping up to help.

"On the issue of India, we have announced that there's going to be a travel restriction starting on Tuesday on the advice of the Centers for Disease Control, our COVID-19 experts, medical experts, our national security advisers," Harris said. "It is important to note, as I said earlier, that we have a responsibility, as the United States in particular, as it relates to the people that we have partnered with over the years to just step up when people are in a time of need."

India's COVID-19 crisis: How to help

The U.S. has pledged to send more than $100 million worth of items, including 1,000 oxygen cylinders, 15 million N95 respirator masks, and 1 million rapid diagnostic tests, according to the U.S. State Department. Earlier this week, the first U.S. planes carrying some of those supplies arrived in India.

"We have the longstanding, decades-old relationship with India, with the Indian people in particular, around public health issues," Harris said. "Tonight, in fact, we're going to be sending a plane with supplies that will include oxygen and with an expectation that that will provide some level of relief." 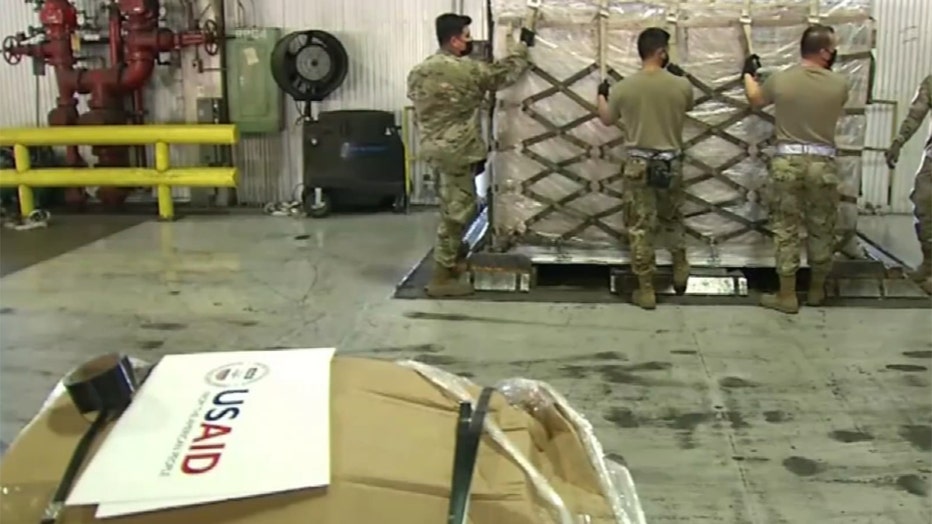 The State Department is urging any Americans who are in India right now to return stateside as soon as possible.

When asked how U.S. residents who have family in India might react to the travel restrictions, Harris didn't mince words.

Harris is among the many Americans who have relatives in India. Her late mother, Shyamala Gopalan, grew up in India and came to the U.S. to attend graduate school.

India is reporting more than 300,000 new virus cases a day, although some health experts believe the cases are being undercounted. The nation of nearly 1.4 billion people has had 18.7 million coronavirus cases since the pandemic began, second only to the United States.