Sen. Chuck Schumer, D-N.Y., supports Trump's removal by either impeachment or invoking the 25th Amendment. He also promised to fire the Senate's sergeant at arms.

NEW YORK - In the aftermath of pro-Trump rioters breaching the U.S. Capitol to disrupt a joint session of Congress that was counting the Electoral College votes, U.S. Sen. Chuck Schumer, the incoming majority leader, called for the removal of the Senate's sergeant at arms, the chief law enforcement and protocol officer of the chamber.

Schumer, a Democrat, called on Sen. Mitch McConnell, the current major leader, to fire Michael Stenger, who has served as the sergeant at arms and doorkeeper of the Senate since spring 2018.

"It was appalling how ill-prepared the Congress was for these attacks, which were known about in advance," Schumer said. "I will dismiss the sergeant at arms the day I become majority leader, January 21st, if McConnell, who appointed him, doesn't get rid of him sooner. He must go. He did a terrible, terrible job."

With the victories of two Democrats in the U.S. Senate runoff races in Georgia this week, Schumer is poised to become the majority leader.

Lawmakers and others are calling for an investigation into what went wrong during the U.S. Capitol riots.

"The men and women of the Capitol Hill police, they're fine people, but they had no leadership, no preparation, everyone knew this would happen," Schumer said. "The sergeant at arms has been derelict in his duty — he doesn't deserve to be in office."

The Democrat called for a probe into what happened and why thousands of protesters were able to swarm the grounds of the U.S. Capitol and hundreds were able to break inside the building.

"We need a full investigation of everything that has happened — the dereliction of the sergeant at arms, the lack of security preparation, and if any Capitol Hill police shirked their duties," Schumer said. "We will get that when I become majority leader if it's not done sooner."

McConnell said he agreed that the U.S. Capitol Police and other law enforcement officials had a "massive failure" in allowing the violent breach of the Capitol. He promised that a "painstaking investigation and thorough review must now take place and significant changes must follow."

"This was a frightening experience. At one point I was only 30 feet away from some protesters who were down the hall," Schumer said. "And to have what happened should never ever happen again." 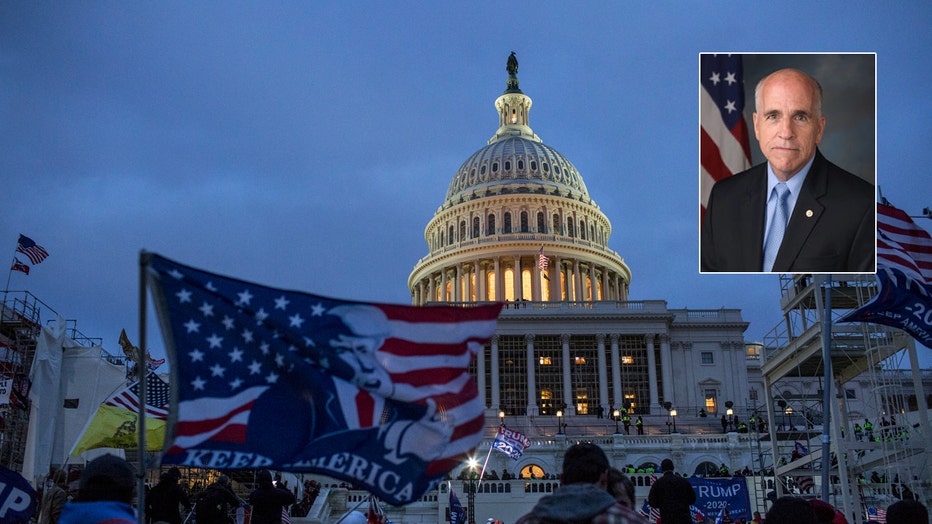 Stenger had a 35-year career with the U.S. Secret Service before joining the Senate staff in 2011, according to his official bio. He served as an assistant sergeant at arms and then deputy sergeant at arms before assuming the top job in April 2018.