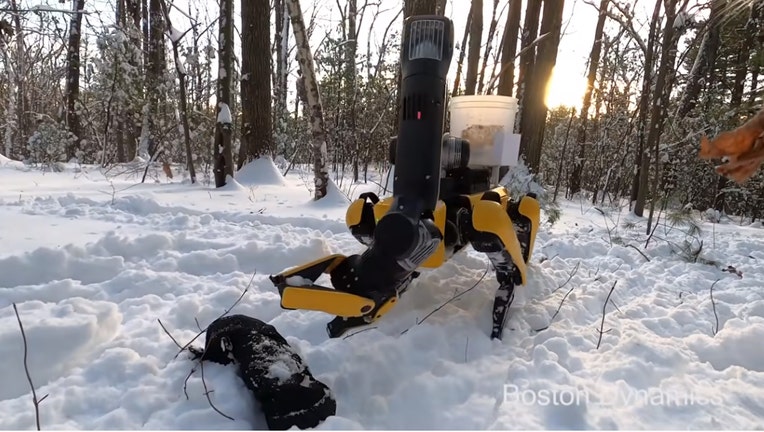 NEW YORK - A Boston Dynamics robo dog called Spot now has an optional "mouth" that can pick up items.

The device is actually marketed as an arm that can perform physical work.  It can be used manually, semi-automated, or fully automated to perform actions.

The Spot Arm can also be used to turn handles and open doors.

Videos released by the company show the robot picking up tools in a shop or tromping through snow-covered woods, stopping to pick up an item.

The robots can climb stairs, search and examine potentially dangerous areas, and carry a small cargo if needed

The robodog has recently created controversy in New York City.  The NYPD canceled a contract with Boston Dynamics after an outcry over one of the robot police dogs was used at a crime scene in a public housing project.

A robot dog joined the human members of the NYPD’s response to a domestic dispute inside a public housing apartment building in Manhattan.