A female aide in Cuomo's administration is accusing the governor of groping her at the Executive Mansion in Albany. Cuomo has denied every touching anyone inappropriately.

NEW YORK - An aide to Gov. Andrew Cuomo has accused him of aggressively groping her at his official residence in Albany, according to a new report. It is the most serious allegation among those made by a series of women against the embattled Democrat. In the wake of these latest allegations, several state lawmakers renewed their calls for Cuomo to either resign or be impeached.

The Times Union of Albany reported that Cuomo has summoned the aide to the Executive Mansion to help him with his cellphone. The woman, who was not identified, was alone with Cuomo when he closed the door, reached under her shirt, and fondled her, the newspaper reported, citing an unidentified source with direct knowledge of the woman's accusation.

"As I said yesterday, I have never done anything like this. The details of this report are gut-wrenching," Cuomo said through a spokesperson Wednesday evening. "I am not going to speak to the specifics of this or any other allegation given the ongoing review, but I am confident in the result of the Attorney General's report."

In recent weeks, five other women have accused Cuomo of harassment or other inappropriate behavior.

Hearing those remarks, the female aide became emotional and told a female supervisor that the governor had groped her, the Times Union reported. A supervisor then reported the allegations to an attorney in the governor's office.

Attorney Debra Katz, who represents Bennett, issued a statement saying these new allegations are "eerily similar" to what her client has alleged.

"Charlotte was summoned to the Capitol on a Saturday, left isolated with the governor, and asked to help him with minor technical issues with his phone," Katz said.

Boylan, who is running for Manhattan borough president, said Cuomo sexually harassed her many times over several years.

"You need to resign. You need to go now @NYGovCuomo," she tweeted Wednesday night after The Times Union report appeared online. She then added that the state Assembly should put on "big kid pants" and start impeachment proceedings.

"@CarlHeastie that's you," Boylan tweeted at the speaker of the Assembly. "Victims are not chess pieces for your budget negotiations."

State Attorney General Letitia James has launched an investigation into the allegations. She appointed outside lawyers to lead the probe. The findings will be made public, she has said. 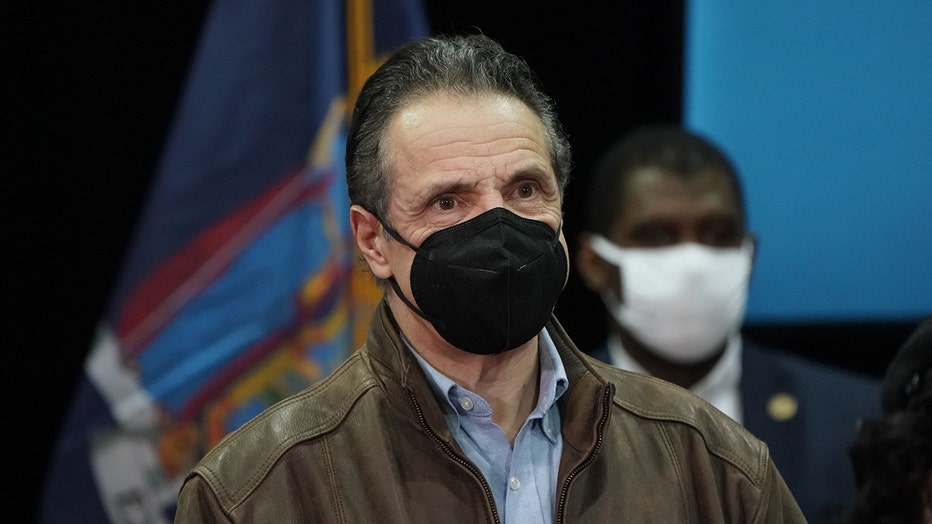 Regardless of the status and outcome of that investigation, several lawmakers are calling for Cuomo to get out of office.

"How can we allow this man to lead our state? We must impeach," Democratic Assembly member Zohran Kwame Mamdani tweeted Wednesday night.

Republican Assembly member Mike Lawler on Twitter called Cuomo "a sexual predator" who should be charged.

Both lawmakers had previously called for Cuomo's impeachment.

Assemblyman Ron Kim, a Democrat of Queens, has had his own run-ins with the governor. He said some Democrats are now ready to introduce articles of impeachment.

"I believe we have more than 60 or 70 democrats that are calling for resignation," Kim said. "And every day, every second as more allegations and more scandals come out, those calls for resignation are turning to calls for impeachment."