All Republican members of the state Assembly are seeking to impeach Gov. Andrew Cuomo. But they can't succeed without support from Democrats.

NEW YORK - While Gov. Andrew Cuomo is battling for political survival, he wants to show that it is business as usual in New York.

He toured the mass vaccination site today at the Javits Center encouraging people of color to get the vaccine. Reporters were not allowed to attend and, therefore, unable to ask questions. But, the governor is still sending a message to Democrats and Republicans in Albany calling for him to resign.

All 43 Republicans in the state Assembly announced they are drafting a resolution to impeach Cuomo after two more women came forward over the weekend. As of now, five women claim either sexual harassment or misconduct.

Pressure increases on Cuomo to resign over allegations

"We believe the time has come," Assemblyman Will Barclay, a Republican from Syracuse and the minority leader.

But Assembly Republicans need at least 33 Democrats to join them and support impeachment. 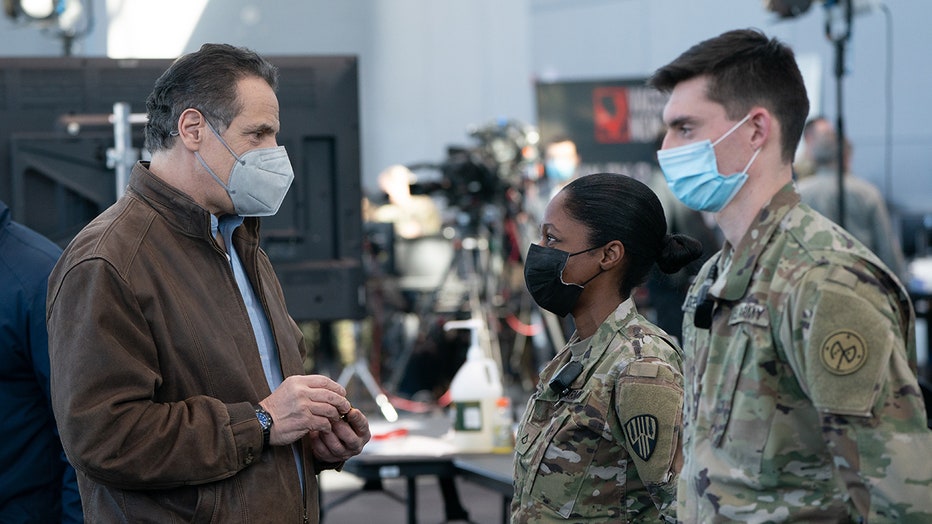 Currently, 30 Democrats are calling for the governor to resign. That includes Senate Majority Leader Andrea Stewart-Cousins of Yonkers.

"Has he lost credibility? Has he lost trust?" Barclay said. "How does he lead during this time when you have almost every legislative leader saying he ought to resign?"

But in a show of support for the governor, 21 Democratic women legislators released a letter encouraging their colleagues to wait until the independent investigation into the allegations is completed.

Cuomo vows to stay in office

Gov. Andrew Cuomo said he will not resign. He visited the Javits Center vaccination site on Monday. But reporters weren't allowed inside so no one could ask him any questions.