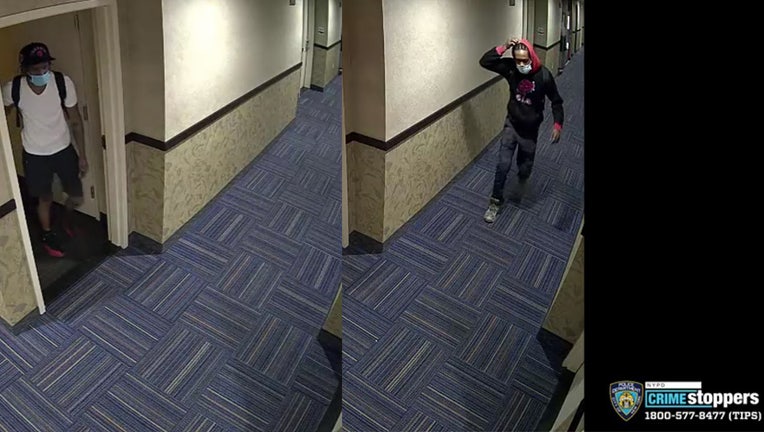 NEW YORK - A man accused of robbing and raping at least two women after threatening them with a weapon at a hotel in the Bronx has been arrested and charged, the New York Police Department says.

Dashawn Williams, 28, is charged with two counts of rape and menacing.

Police say the man responded to an online post and entered 7 Days Hotel on Bruckner Boulevard in the Castle Hill section on Saturday, Sept. 17 around 7:30 a.m. He then displayed a sharp cutting instrument, took cash, threatened and raped the 25-year-old female victim and fled on foot, police say. The victim refused medical attention.

According to authorities, the victims appear to be sex workers who advertise their services online.