NEW YORK - An Asian man was pushed into the tracks in an unprovoked attack at a Queens subway station on Monday morning.

The NYPD says it happened just before 8 a.m. at a subway station in Long Island City. The man approached the 35-year-old victim, said something unintelligible, and then shoved him onto the tracks.

The man then ran out of the station. It was unclear if the incident was connected with a string of anti-Asian attacks in the city.

Passengers in the station helped pull the man up from the tracks.  EMS took him to Mt. Sinai-Queens hospital with a laceration to the head.

Police are looking for a dark-skinned man, 20 to 30 years old, and 5 feet 11 inches to 6 feet. He was wearing a black mask over his face, a black hooded sweater, black pants, and black shoes, police said. They released images of him leaving the station.

Officers were searching the area for him. 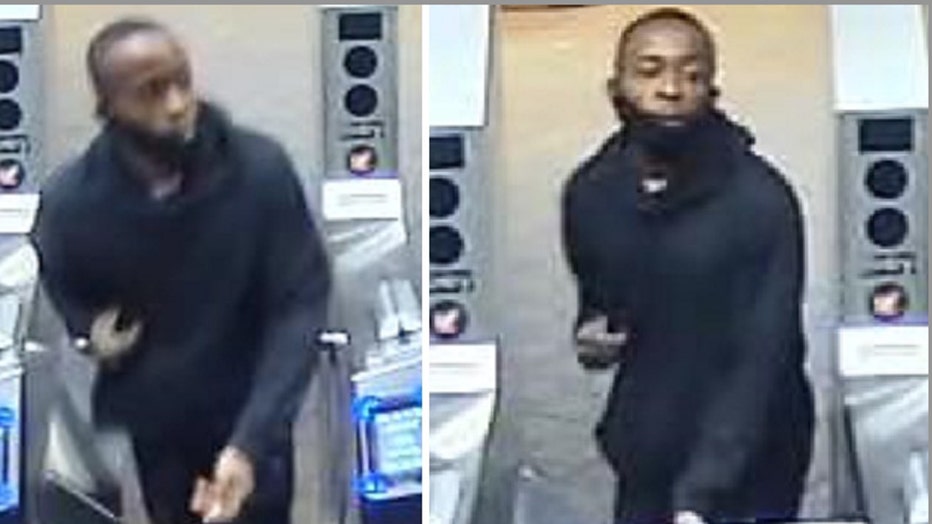 The MTA says the mayor needs to do more about crime.

In a statement to FOX 5 NY, the MTA said it "is experiencing a significant dip in ridership as a result of the pandemic and a spike in crime. We continue to call on the de Blasio Administration to partner with us and do more to address these incidents in the subway and the ongoing mental health crisis in the city."

Subway ridership is starting to pick up after dropping 90% at the start of the pandemic but there are concerns over many high-profile crimes in the system.

In a statement on Monday afternoon, Cuomo said he was "disgusted to learn" of the incident.

"As police search for the suspect responsible for this horrendous attack, I am directing the New York State Police Hate Crimes Task Force to offer their assistance in the investigation," Cuomo said. "Hate and violence have no place in New York — period. We will not let bigotry and cowardly acts of violence divide us."