FOX 5 News checks back in with people who were affected by the deadly storm and looks at what is being done to avoid similar results from future storms.

NEW YORK - It’s been one year since the remnants of Hurricane Ida dumped a historic amount of rain across the New York City area, turning several streets into rivers.

According to the National Hurricane Center, Ida caused a total of 55 deaths from the Gulf of Mexico to New England.  49 of those occurred in New Jersey New York, Pennsylvania, Maryland, and Connecticut.   Most of the deaths were due to flooding.

Queens was hit the hardest.  Eleven people were killed after being trapped in basement apartments.

Since then, New York City has been working to prevent loss of life and property damage for when - not if - it happens again.

"I hold my breath every time it rains." 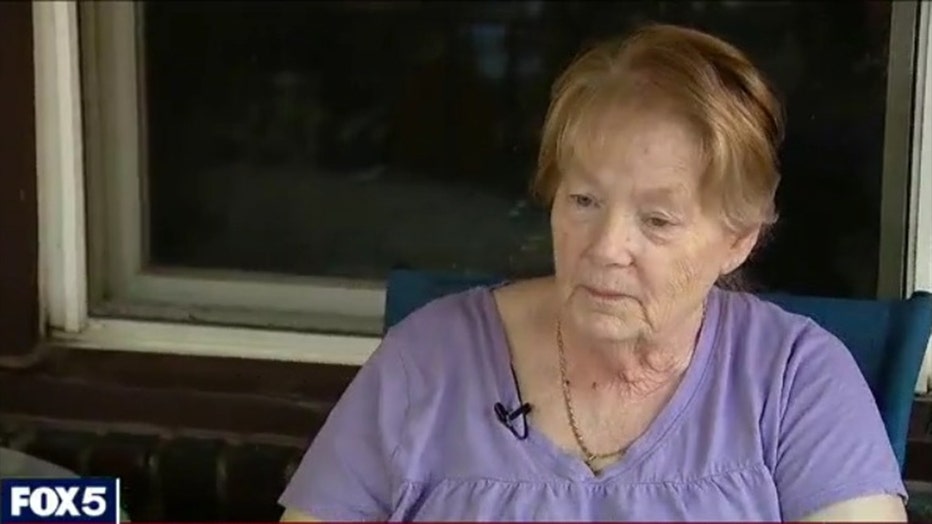 "I hold my breath every time it rains and just pray, don’t do this again," said Pat Grindlinger, a resident of Woodside, Queens who was impacted by the remnants of Hurricane Ida and remembers the storm as if it happened yesterday.

How much rain did we get from Storm Ida?

"It was a horrific day, one I’ll never forget. The rain didn’t stop and just came and came, poured and poured.  I looked down my basement and my refrigerator was floating," said Grindlinger.

According to the National Hurricane Center's Tropical Cyclone Report, Hurricane Ida produced record-breaking rainfall.  That includes New York City.  At times, dumping as much as three inches an hour.  The flash flooding became damaging and deadly.

Grindlinger’s basement is one of the hundreds that flooded.  Some illegal apartments became death traps. 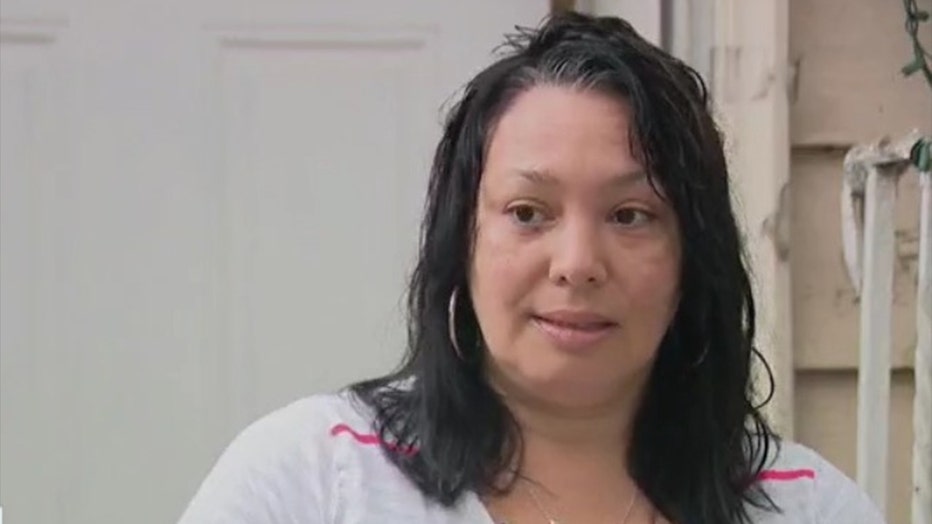 She narrowly escaped after Ida hit.

"My son, he's blind. He's 30 years old. He saved me. He pulled me out of the water, out of the window. We had to take the window apart," explained Rivera.

One year later, FOX 5 News met with Riviera at her home in Queens.  The watermark in her basement, above her head, shows just how high the water rose.

"It was coming back in here. It was pitch black outside and water coming in," said Rivera.

The Grindlinger’s stripped their basement, waiting for the next hurricane-generated flood.

"The whole basement was under water." 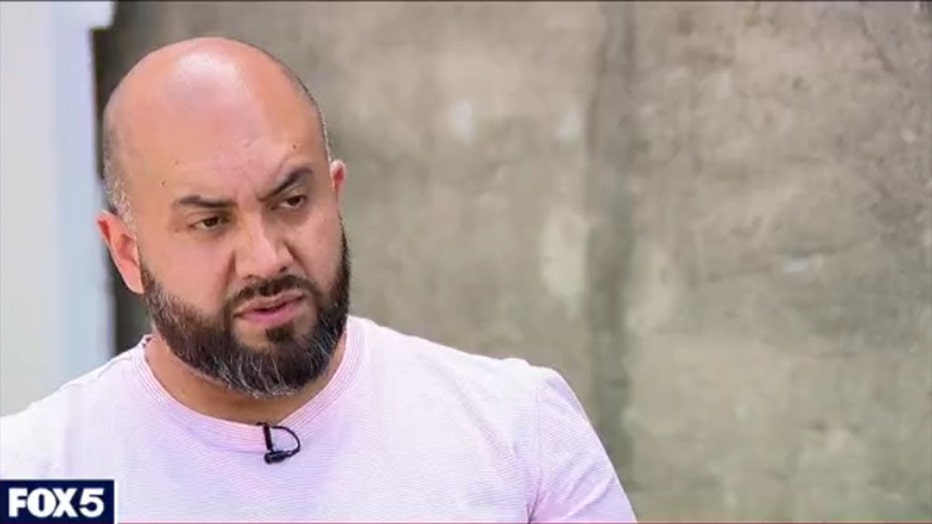 And neighbor Xavier Iriarte still needs a few more months to fully replace what he has lost.

"The whole basement was under water and the first floor was one foot," said Iriarte. 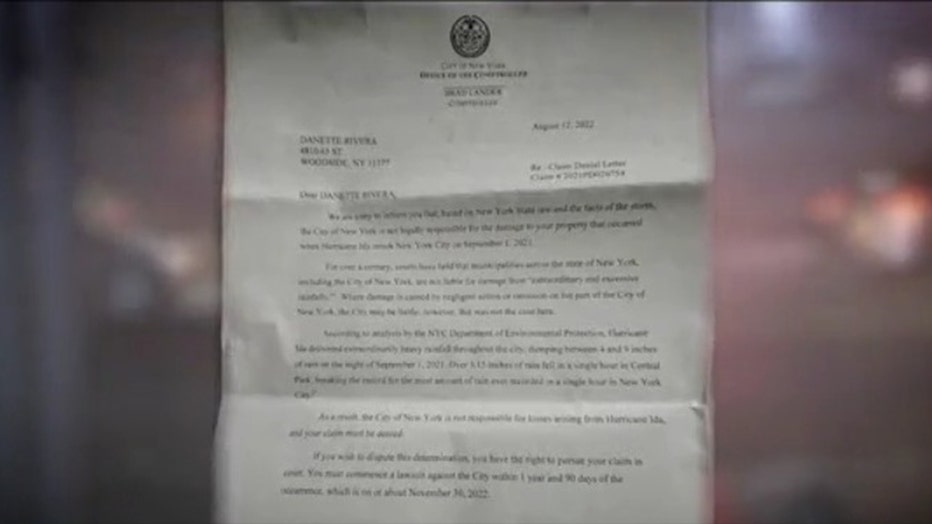 Then just last month in mid-August, Rivera - along with all 4,700 others who filed a property damage claim with the city - received a letter from the comptroller’s office.

"We are sorry to inform you," Rivera read, in part, "The city of New York is not legally responsible for the damage to your property. Not liable for damage from extraordinary and excessive rainfall.  And your claim must be denied."

It’s now peak hurricane season and while each neighbor continues healing from Hurricane Ida’s aftermath, there’s one preventative flooding measure they all agree on.

"We absolutely need better drains," said Rivera, "But they want to blame it on climate change,".

"The sewer system did what it was supposed to do, but Mother Nature threw something unprecedented.  That’s why there was no liability the comptroller found for the damages," said Rohit Aggarwala, Chief Climate Officer and DEP Commissioner.  "The city is liable when the sewers fail, not when the sewers are overtaxed because of what mother nature does."

We are nearing one year since Hurricane Ida wreaked havoc across the area. Residents whose homes were devastated by the floods are now finding out that they won't be getting any money from the city as every single financial claim was denied, something the comptroller is blaming on an antiquated legal precedent.

Since Hurricane Ida, Aggarwala explains the city has been working to try and prevent another devastating aftermath.

"We are in the middle of a multi-year, multi-billion dollar effort, particularly to build out those storm sewers in Southeast Queens," he said.

The city is also focusing on what Aggarwala says is stormwater management, starting with creating the latest Rainfall Ready Map.  It has now expanded to new areas most vulnerable to future flooding.

Danette Rivera, Xavier Iriarte and Pat Grindlinger and her husband Hank are now all included in the flooding zone.  Homeowners there are being encouraged to get flood insurance.

"We need homeowners who are at risk to think about what they can do to protect their property. The DEP has taken steps and reached out to most vulnerable homeowners, providing inflatable flood dams," said Aggarwala.

And that’s not all.

The city is busy finding solutions to prevent urban flooding and it involves investing in more green infrastructure.

Aggarwala says the city's storm sewers are built to handle between 1.75 and 2 inches of rainfall per hour, not the 3 inches an hour generated by Hurricane Ida.

The DEP is also investing in its Bluebelt Program, which is stormwater management.

One example is Baisley Pond in South Jamaica, Queens.  There are 94 others just like it citywide.  At first glance, it looks like a pond.  But it’s connected to all the storm sewers in the area, collecting the excessive rainfall.  It is rainfall that would otherwise flood the surrounding neighborhood.

The Bluebelt Program started in the 1990s to beautify an area, until Hurricane Ida hit.  That’s when the city saw the ponds as more of a necessity.  Officials plan to build more throughout the city, but it will take time.

"I don’t know what else to do. it leaves you in a quandary.  Where we’re not sure what to do.  Do you sell your house, where you go now?" asked Grindlinger.

"We’re really afraid of this happening again.  Only we’re pretty sure that it’s going to be worse," said Rivera.