More NYPD officers will be on patrol this weekend to try and stem New York City's gun violence problem during the Labor Day Weekend.

NEW YORK - The NYPD is beefing up law enforcement this weekend as the city continues to struggle to grapple with a dismaying tally of death this summer as a result of gun violence.

“This summer we have experienced a tidal wave of violence,” said NYPD Chief of Department Terence Monahan. 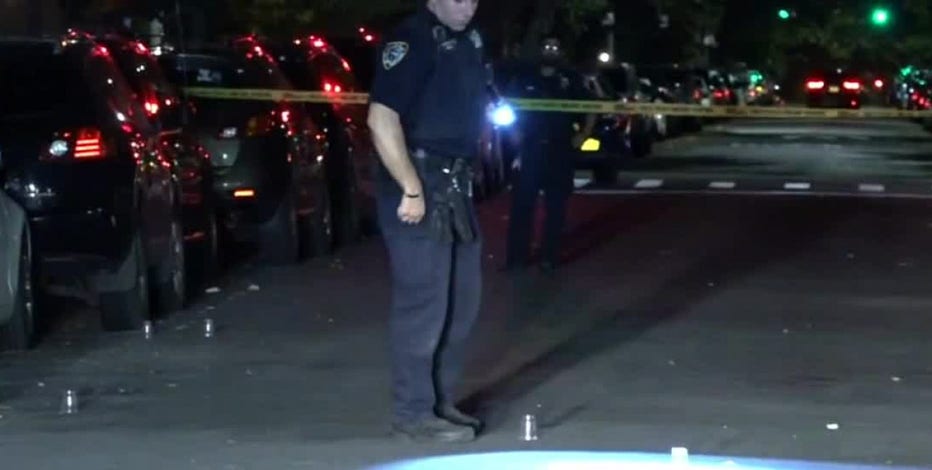 VIOLENT SURGE: Shootings up 166% in NYC

The number of murders and shootings in August were dramatically higher than in the same month last year, according to NYPD statistics.  It is part of an ongoing trend for months in New York City.

Shootings in New York City are up 166% and murders are up 47% compared to August of 2019 and with Labor Day weekend coming up, some are concerned about this year’s holiday weekend turning out bloodier than usual, even with many celebrations moving online due to the coronavirus pandemic.

“Do I expect people who live in Brooklyn to still be celebrating? Sure, but we’re asking that they celebrate small,” Monahan said.

To enforce small celebrations, Monahan told reporters Thursday that he had secured overtime funds to increase patrols over the weekend and discouraged New Yorkers from gathering in large groups or attending large house parties.

“There are going to be a lot of cops walking those streets,” Monahan said. “Cops are out there working hard, taking guns off the street every day.”

A few months ago, critics of the department had suggested that the NYPD had intentionally slowed response times in reaction to protests over the deaths of George Floyd, but Monahan rejected the suggestion.

“Anyone who wants to cut funding to the NYPD puts the people of New York City at risk,” Monahan said.

Gun-related arrests began rising again in July and August. Monahan says that he wants to remove the guns and then secure convictions to keep them out of circulation.