Andrew Abdullah was arraigned on murder and weapons charges on Wednesday in connection with the fatal shooting of Daniel Enriquez on a subway train. A judge ordered Abdullah held without bail.

NEW YORK - A man accused of fatally shooting a fellow rider on a subway train over the weekend faced a judge on Wednesday.

Andrew Abdullah, 25, of Brooklyn, was arraigned on charges of second-degree murder and second-degree criminal possession of a weapon in connection with the apparently random shooting of Daniel Enriquez, 48, while they were riding a Q train from Brooklyn to Manhattan on Sunday morning.

A judge ordered Abdullah to be held without bail and to undergo a psychiatric evaluation.

Witnesses said Abdullah was pacing back and forth in the subway car and muttering to himself while the train was crossing the Manhattan Bridge, according to the NYPD and prosecutors. Then he pulled out a handgun and shot Enriquez once in the chest, authorities said. 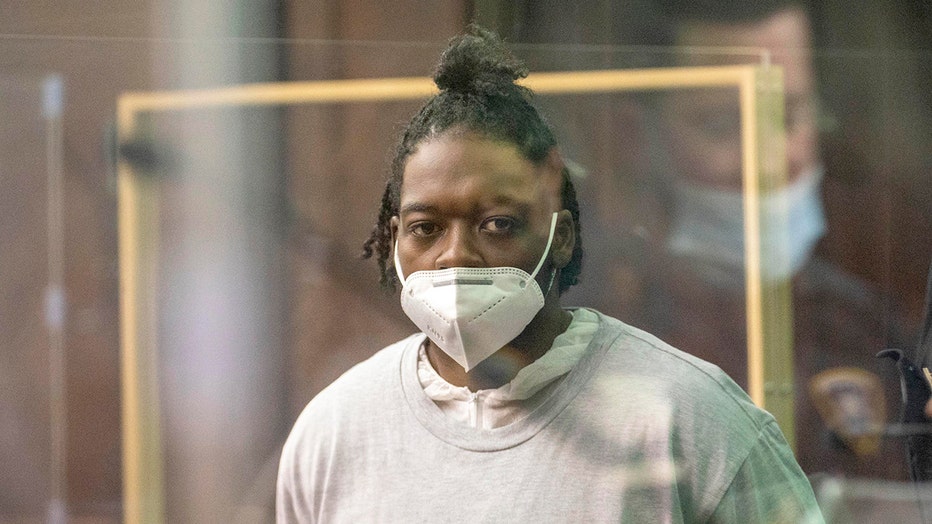 When the train arrived at the Canal Street station, Abdullah took off and handed the gun to a homeless man on the station stairs, according to Chief of Detectives James Essig.

Police arrested him outside the offices of the Legal Aid Society, which is representing him, on Tuesday.

Legal Aid attorney Kristin Bruan said a pastor who has been speaking to reporters and claiming to know Abdullah's family has "no affiliation" with either the family or the legal team.

"And any statements he has made claiming they're on behalf of the family are untrue," Bruan said.