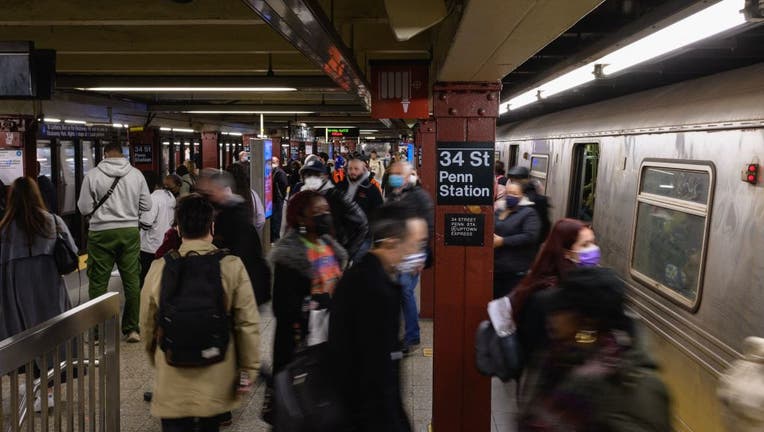 Governor Kathy Hochul announced Thursday that subway ridership topped 3.6 million on May 18, breaking the record set the day prior of 3.535 million.

In addition, pandemic-era ridership records were set on the Long Island Rail Road and on the Metro-North Railroad, with the LIRR recording 182,700 rides and Metro-North recording 162,100 rides.

The numbers represent the highest totals since March 2020.

"This week, New York reached a milestone in transit ridership, one of the most encouraging indicators that our comeback from COVID is right on track," Governor Hochul said. "Public transportation systems are the lifeblood of New York, and we will continue doing everything in our power to bring riders back, helping drive our economic recovery."

"This week's record ridership on both our commuter railroads and the subway are just the latest evidence that New York's comeback is being powered by transit," said MTA Chair and CEO Janno LieberWe are committed to bringing riders back with the new OMNY 'Lucky 13' weekly unlimited and other fare discount options, as well as frequent, reliable service, and we can't wait to welcome more New Yorkers back to mass transit in the weeks and months to come."

The numbers come despite growing concerns over safety in the city's subway stations.

Last month, a man allegedly fired 33 shots inside of a subway car as it pulled into a station in Brooklyn, striking 10 people, several critically. The suspect, Frank James, is facing federal terror charges.