The U.S. Supreme Court voted 5-4 on Tuesday to keep Title 42 in place for now. That means the federal government can continue to expel asylum-seekers at the border. A spokesperson for the mayor said City Hall will "closely monitor the situation."

NEW YORK - The U.S. Supreme Court voted 5-4 on Tuesday to keep Title 42 in place for now. That means the federal government can continue to expel asylum-seekers at the border.

Initiated by the Trump administration at the start of the pandemic, Title 42 was supposed to expire Dec. 21, 2022. However, Republican state attorneys general appealed to keep it in place because U.S. border authorities predicted its lifting would encourage 18,000 border crossings each day.

Since March 2020, 2 million people have been expelled under Title 42 on grounds of preventing the spread of COVID-19. However, certain countries are exempt and crossings are in the tens of thousands.

About 20,000 migrants have made their way to New York City this year, prompting Mayor Eric Adams to declare a state of emergency in October. He warned that the city was running out of staff, money, and space to house them.

In a statement about the Supreme Court's decision, a spokesperson for the mayor said City Hall will "closely monitor the situation."

"We are hopeful the federal government will take this time to develop a comprehensive plan to mitigate the influx of asylum seekers arriving at the border and come up with a strategy that stops the burden from falling on New York City or any other individual city," spokesperson Fabien Levy said in the statement. "In the last week alone, New York City has received approximately 2,300 additional asylum seekers and we need our state and federal partners to act with greater urgency. We need financial resources to continue serving the tens of thousands currently in our care and all those still arriving every day." 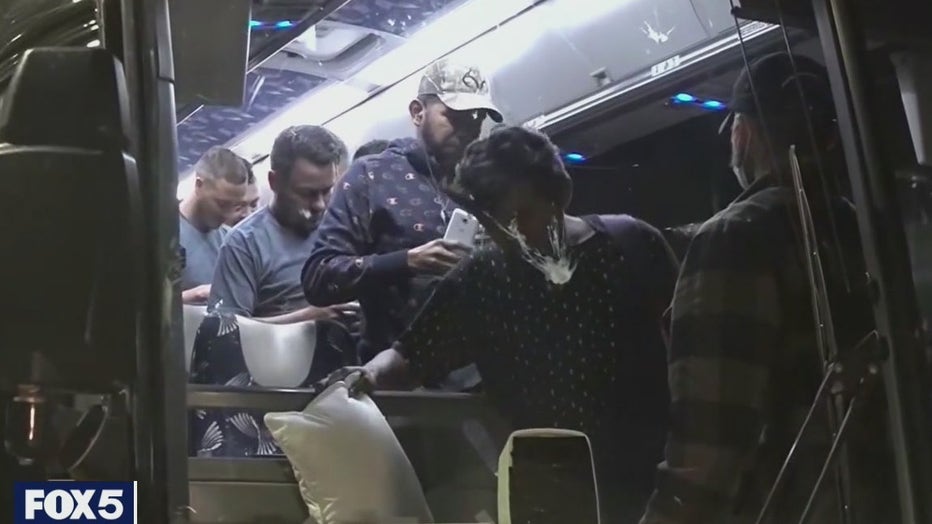 The Biden administration is still preparing for Title 42 to lift.

"Today's order gives Republicans in Congress plenty of time to move past political finger-pointing and join their Democratic colleagues in solving the challenge at our border," the White House said in a statement.

The case goes back to the Supreme Court in February. The court will focus on whether states can intervene and keep Title 42 in place.