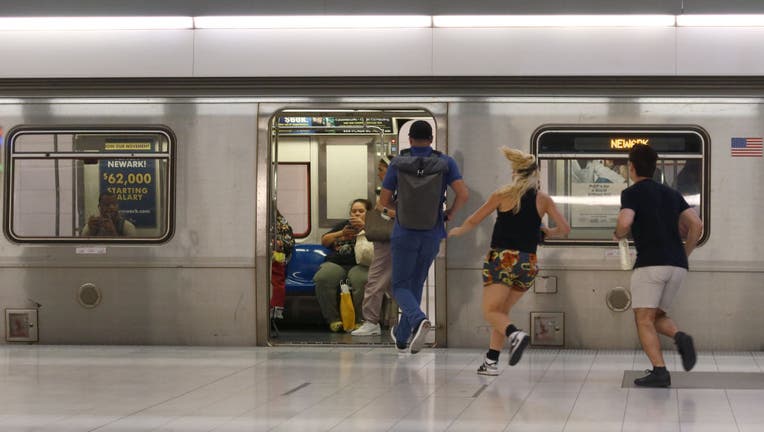 People run to board a PATH train at the World Trade Center station on August 26, 2022, in New York City. (Photo by Gary Hershorn/Getty Images)

NEW YORK - Commuting to and from New York City has had a pretty miserable reputation for decades now, but according to a new study, it's not just bad, but one of the worst in the nation.

The study from resume.io, an online resume-building site, New York City has the most stressful commute in the nation, with negativity in a whopping 45% of Twitter posts from people heading to and from work in the city featuring negativity about the commute.

According to the report, more than one million commuters come in and out of the city each day for work, with census data estimating that around 600,000 of those people are so-called "super-commuters," people who spend 90 minutes or more each day traveling to work.

New York City also accounts for a huge percentage of the nation's public transit commuters, with 38.5% living in the NYC/metro area.

NYPD statistics show that subway crime is up about 49% over last year. Yet the mayor is declaring "mission accomplished" when it comes to dealing with some of the people police say are involved in many random acts of senseless violence.

This won't come as a huge surprise to anyone living or working in New York City. From the fight over congestion pricing to frustratingly slow buses and ongoing issues with crime on the subway, commuting to New York City is fraught with many issues.

New York City's commute is so bad, you could say it's infected nearby cities, as Jersey City is just behind with 43% of tweets about commuting featuring negativity.