The NYPD released video of the shooting of a man inside an East Harlem liquor store.

NEW YORK - A 25-year-old man became yet another statistic in the wave of gun violence sweeping New York City's streets on Friday night.

According to authorities, at around 10:55 p.m. on February 25, the NYPD responded to a call of a man shot on 1st Avenue in East Harlem.

When they arrived on the scene, police found Shaquell Gainey, 25, with a gunshot wound to the chest.

Gainey was taken to a hospital by EMS, where he was pronounced dead.

So far, no arrests have been made and an investigation is ongoing.

The suspect is described by police as a male with a dark complexion, slim build and approximately 6'0" tall. He was last seen wearing a black face mask, a black hooded jacket, an orange hooded sweatshirt, blue jeans and orange sneakers.

Video of the shooting was released by the NYPD. It showed the gunman fire into the liquor store at 2251 1 Avenue. 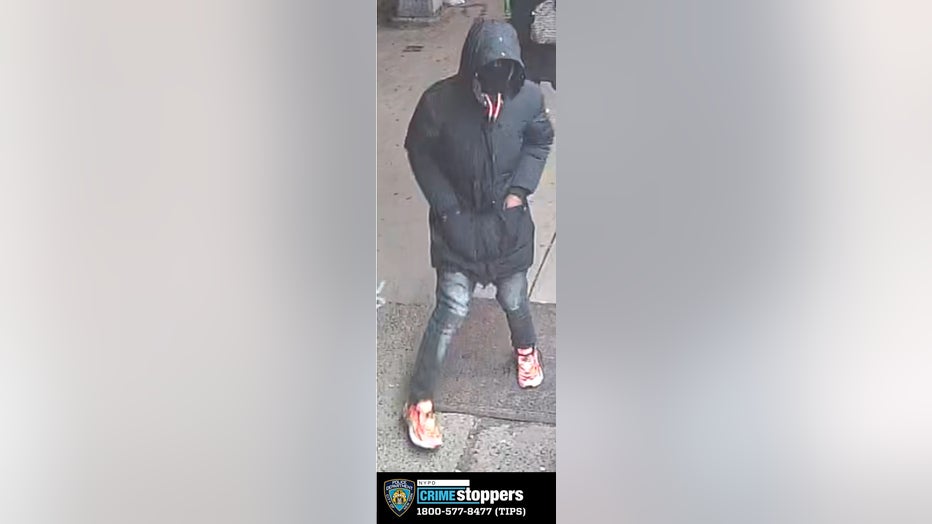 The NYPD wants to find the gunman behind a deadly shooting in East Harlem.

The city's new Mayor, Eric Adams, has vowed to stop the bloodshed on the city's streets, blaming the recent rise in gun violence on a broken system that fails New Yorkers and calling for systemic change.

"We must step up to save the children who have fallen through the cracks upstream. We must rescue them before they are swept away in the rivers of violence," Adams argued.

According to NYPD statistics, 72 out of the city’s 77 police precincts saw a spike in crime, so far, including five in which the rate has doubled.

A recent Quinnipiac poll showed that nearly three-quarters of New York City voters consider crime to be a "very serious" problem, the highest percentage since polling began in 1999.