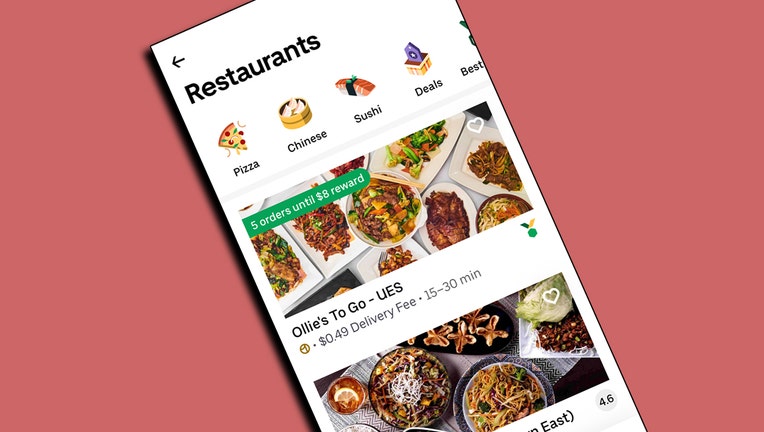 A screenshot from the Uber Eats app.

"Delivery workers have delivered for New York time and again, including during the COVID-19 pandemic," Mayor Eric Adams said in a statement, "now it's time for New York to deliver for them."

The city's Department of Consumer and Worker Protection is proposing a pay rate of $23.82 per hour, which would include a base rate of $19.86, then $2.26 to cover the worker's expenses, and another $1.70 because of the lack of workers' compensation insurance.

"This new proposed minimum pay rate would help ensure a fairer pay for delivery workers for third-party apps, providing more stability for 60,000 workers across our city," Adams said. "We look forward to hearing public comment on the new proposed rules as we prepare to implement the law."

Delivery people who work with restaurant delivery apps — such as Grubhub, Uber Eats, and DoorDash — are considered as independent contractors and not employees so they don't qualify for a minimum wage, expense reimbursement, or other benefits.

This new proposed minimum pay rate would help ensure a fairer pay for delivery workers for third-party apps, providing more stability for 60,000 workers across our city.

The city is set to hold a public hearing on the proposal on Friday, Dec. 16, 2022. You can submit comments to rules.cityofnewyork.us.