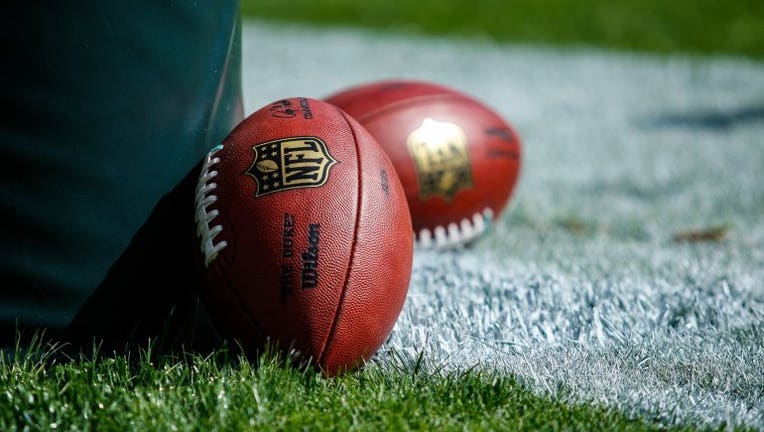 Footballs lay against the goal-post prior to the NFL game.(Photo by Kena Krutsinger/Getty Images)

NEW YORK - The New York Giants say one of their players tested positive for COVID-19 on Monday night.

The player, who was not identified, immediately self-isolated, according to the team.  After they made the announcement, they added Giants kicker Graham Gano on the reserve/COVID-19 test list.

The Giants say they immediately conducted contact tracing.  Two staff members were identified as close contacts and were told to stay home on Tuesday.

The team says its training center will remain open for staff as it works with the NFL's Chief Medical Officer on any next steps.

Another player tested positive for the team last month.