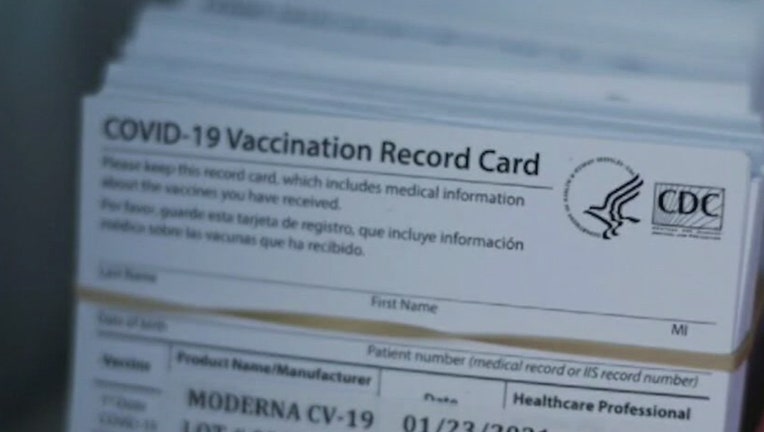 CONNECTICUT - Connecticut officials said 671 state employees remained noncompliant with Gov. Ned Lamont's vaccination and testing mandate as of Thursday, and some of those workers could be placed on unpaid leave as soon as Friday.

The Democrat said the number of executive branch workers who've proven they're vaccinated for COVID-19 or have submitted a weekly test has been increasing every day.

"But at some point, you've got to hold people accountable if they're not responding and we'll start doing that tomorrow," said Lamont. Figures released by his office show the 671 noncompliant employees comprise 2.2% of the roughly 32,000 people who work for executive branch agencies and are affected by the mandate.

Those placed on unpaid leave will have their jobs held for them for 45 days, Lamont said. If workers don't agree to be vaccinated or submit to weekly testing, he said it will be considered "sort of a voluntary termination."

Pfizer asked the U.S. government to approve the emergency use of its COVID-19 vaccine in children between the ages of 5 and 11.

"Maybe that's not quite the right word, but we have to fill your jobs," said the governor, who said the administration "will try and find something" for those who want to return to state service after the 45 days, once they're fully vaccinated or agree to testing.

Data shows the state Department of Education and Connecticut Technical Education and Career System has 146 workers or 7% still noncompliant, marking the largest percentage of staff at any agency that have not gotten vaccinated or tested.

The Workers Compensation Commission, with 108 staff, currently boasts the highest vaccination rate at 95.1%. They're followed by a 94.4% rate at the Department of Criminal Justice; 93.3% at the Department of Public Health; and 93.2% at the Agricultural Experiment Station. The vast majority of state agencies have more than 80% of their workers fully vaccinated.

State officials said more than 1,700 executive branch employees became fully vaccinated in the days following Lamont's announcement on Aug. 19. State employee union leaders had asked for the deadline to be extended a second time, arguing that some workers' were misclassified as noncompliant and shouldn't be penalized.

Lamont said Thursday that state agency heads and human resources officials have spent much of the week reaching out directly to employees who remained noncompliant but intend to meet the governor's executive order. Most workers who are noncompliant have had incomplete submissions while those deliberately in noncompliance will begin to face "actions" as soon as Friday, according to a news release.

Lamont's administration is still negotiating some details of the vaccination and testing mandate with the State Employee Bargaining Agent Coalition. For example, Lamont said the plan for the state to cover the cost of testing for unvaccinated workers for the first four weeks will likely be extended.

Mayor Bill de Blasio said 95% of all staff for the Department of Education has at least one dose of the COVID vaccine as of Monday, Oct. 4.