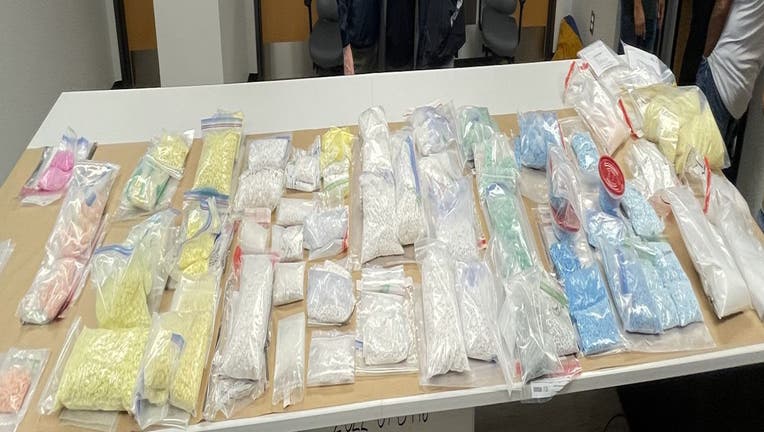 NEW YORK - A man from New Jersey has been arrested and charged with using mailing facilities on Staten Island to mail thousands of fentanyl pills across the nation.

Authorities say that Joel Manuel De Jesus Amparo, 23, was arraigned on Friday and charged with multiple counts of first-degree criminal possession of a controlled substance and related charges for using mail facilities to send the drugs across the U.S.

"The impact of this joint investigation, which began with a case in the Staten Island DA’s office and resulted in the dismantling of a drug enterprise in New Jersey, will not only be felt in our own region, but will echo across the entire United States and help to potentially save millions of lives," said Staten Island District Attorney Michael McMahon in a statement. "While we will continue to offer help and treatment to those struggling with addiction illness, major drug traffickers who profit off the pain and suffering of others must be stopped and held fully accountable for their actions."

The investigation into Amparo also led to the takedown of a fentanyl pill mill in Jersey City where authorities seized roughly 60 kilograms of fentanyl.